Barcelona has an excellent selection of restaurants. Barcelona restaurants range from 3-Michelin starred haute-cuisine restaurants to local corner bars, proudly serving their Patatas Bravas with decades of experience. Catalonian kitchen is world-famous, thanks to celebrity chefs like Ferran Adrià and Carles Abellán, who have disrupted the world of cooking. They have inspired new generations of chefs to open paths for new styles of Barcelonian cooking.

Some of the best restaurants in Barcelona have been established by people whose roots are far from Spain, people who've brought their traditional cooking recipes with them. Pretty much all kitchens of the world are represented in the city - Argentinian, Brazilian and Uruguayan steak houses serving delicious cuts of meat sizzling on the parrilla. Moreover, Peruvian restaurants honor their traditional courses, such as ceviche, and many other delicious courses. 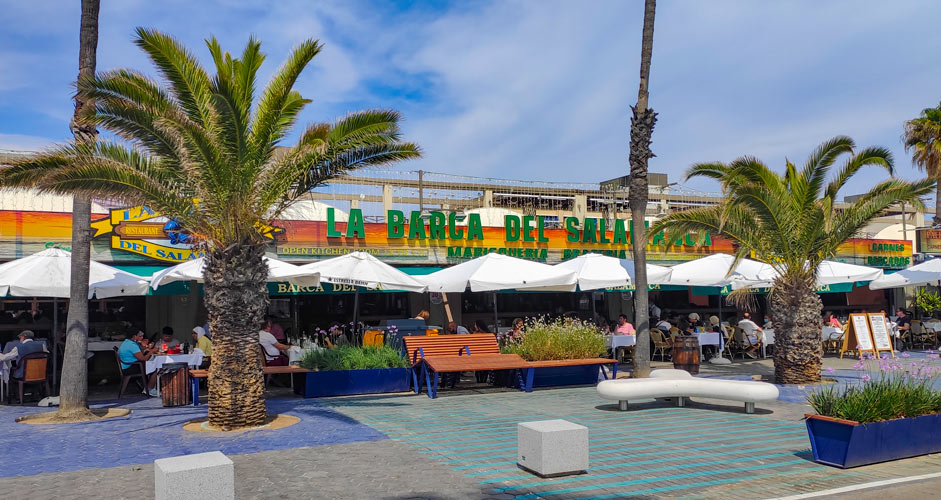 Spanish and Catalonian kitchens are very close to each other. Traditional recipes include ingredients from the land and the sea, often combined in one dish. Mar i Muntanya, translated as the Sea and the Mountain, is a true classic dish of the Catalonian kitchen.

Tapas at its simplest form consists of a piece of bread or olives. Many of the traditional tapas courses come from Andalucia, and when the wave of Andalucians migrated to Catalonia in search of labor, they brought their traditional recipes from their region. You'll find tapas, or tapes in Catalan, restaurants everywhere in Barcelona.

Estimated dinner prices per one person:

Other Categories in Barcelona