Ulcinj is not just about idyllic old town with sturdy walls on a hill. Instead, it’s a mixture of a picturesque medieval town and sandy beaches.

Ulcinj is the southernmost town in the Adriatic sea. It's also one of the oldest towns of the coast, dating back to a few centuries BCE. There are no shops inside the Old Town walls; instead it’s dedicated to restaurants, hotels and holiday apartments, which makes it all the more attractive. 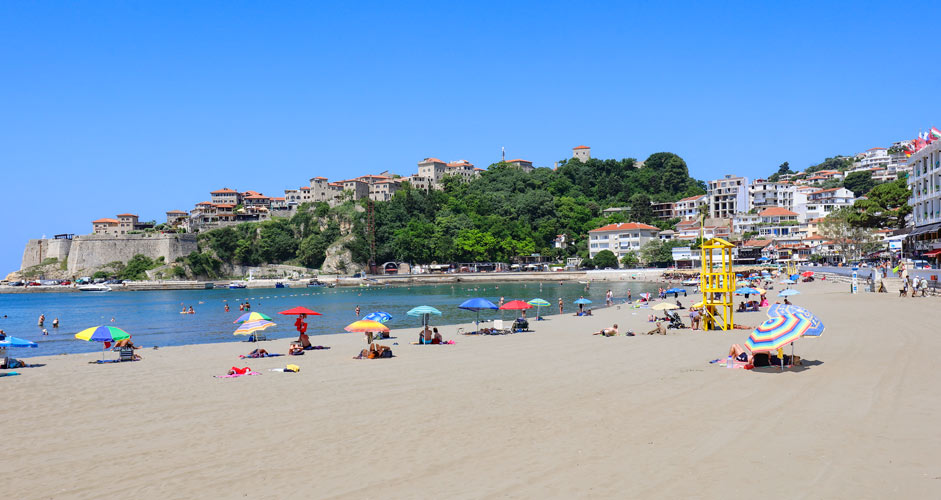 Where to stay in Ulcinj

The prime areas to look for a hotel room/apartment include the Old Town, the central beach, and the vicinity of the main shopping street Rr. Hafiz Ali Ulqinaku.

The beach promenade is the only flat area in Ulcinj. Even the aforementioned shopping street is in fact a 900-meter long uphill towards the very center of the town, which in turn is the starting point to a broader street going downhill.

Things to do in Ulcinj 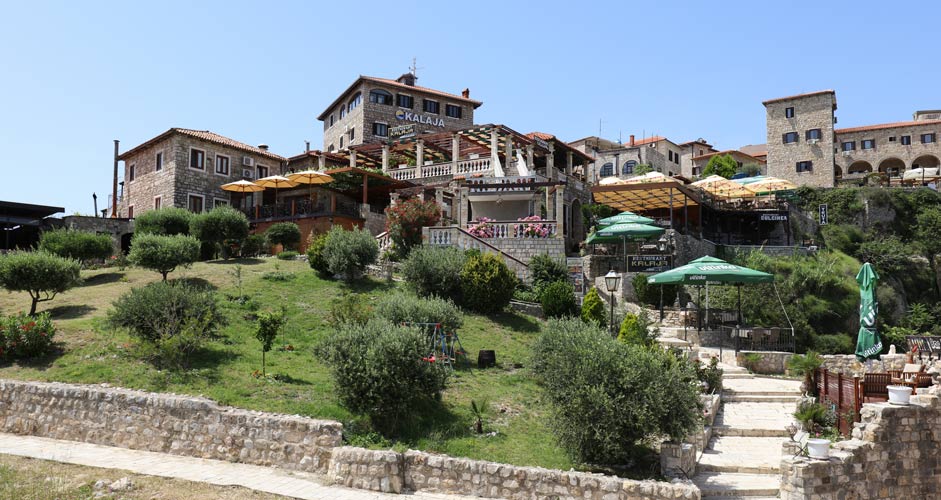 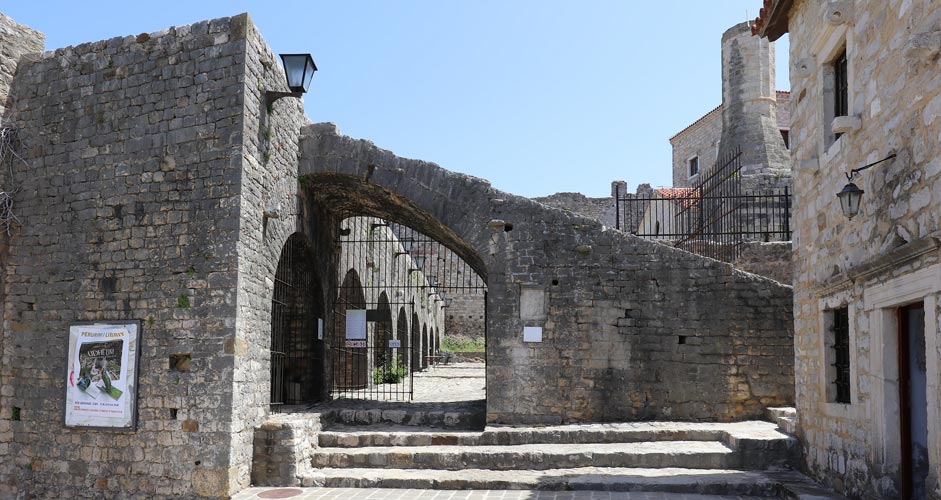 The entrance to the City museum

The museum is situated at the northern entrance of the Old Town. This approximately 2500-year-old small area contains different attractions, such as an archaeological museum inside a church, an ethnographic museum and ruins of a village. 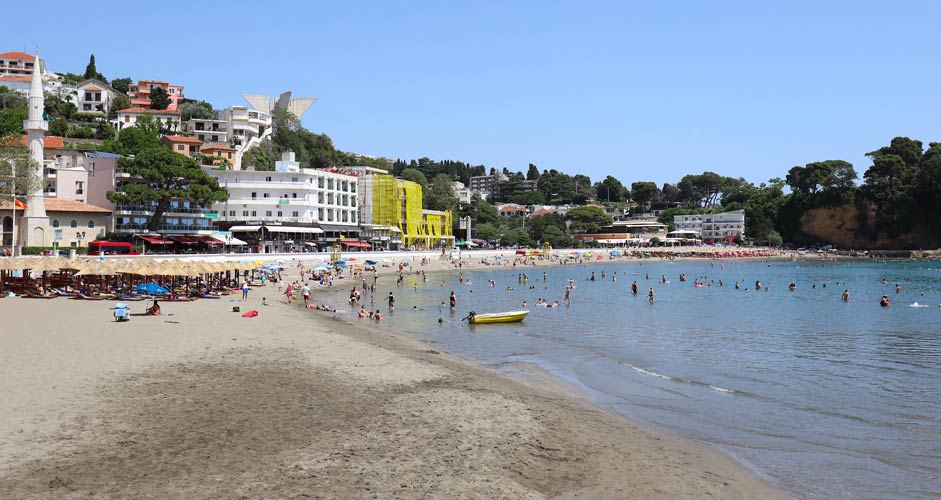 Mala Plaza is a sandy beach situated right in front of the town. It translates as Small Beach because of the bigger, several-kilometers-long beach near Ulcinj. There is deck chair and parasol hire at the beach, as well as water sports equipment available for hire.

There are several options for restaurants and cafes just behind the beach. 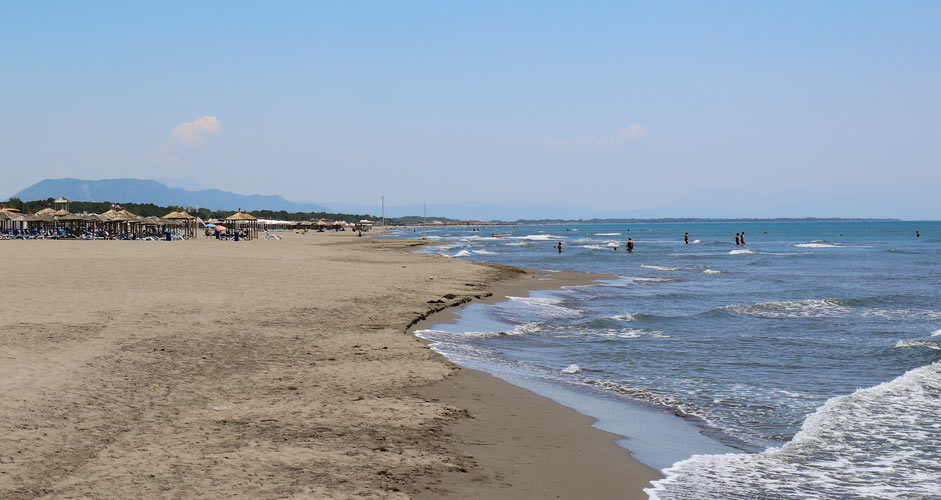 The beach in the center is packed with sunbathers during the busiest hours. Thus, the 13-kilometer-long Velika Plaza is a good option at those times – as it is at any other time as well. Although Velika Plaza can be crowded and untidy at times too. The beach is divided into sections, each with a bar/restaurant, deck chairs and other services. 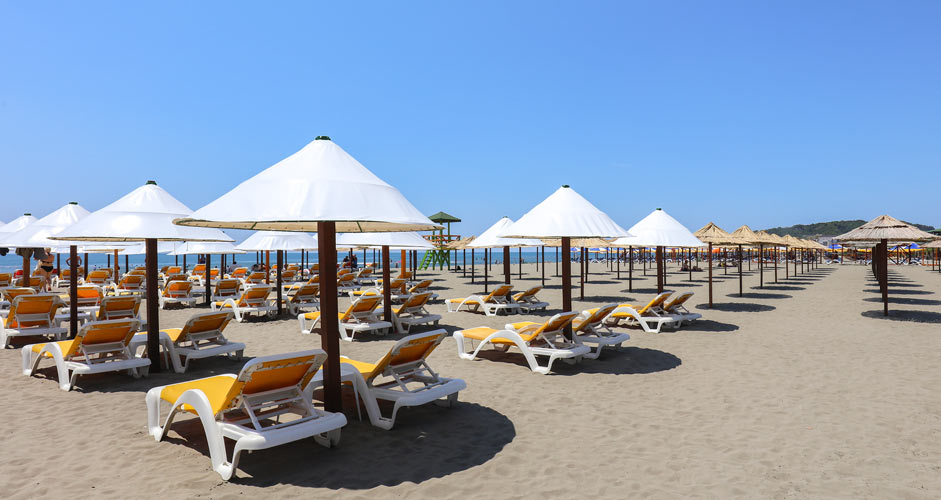 While you can get there on foot, the easiest way is by a taxi. The distance to the beach is under 5 kilometers from the top end of the main shopping street Rr. Hafiz Ali Ulqinaku. There’s a sidewalk throughout the route, and it’s flat ground except for the town center. On the map, there’s a shorter route, partially a coastal trail, following the shore. However, that route is not recommended due to snakes.

If you’re taking a taxi, it’s advisable to decide beforehand as to which section of the beach you’re aiming for.

On both sides of Ulcinj, there are small coves.

Ladies Beach, a beach solely dedicated to women, is situated east of the central beach. Its sulfur rich water is claimed to have positive health effects. Along the road, there’s at least one beach club and beach areas belonging to hotels. West of the Old Town, there are a couple of stone beaches within walking distance.

The main shopping street is Rr. Hafiz Ali Ulqinaku. The closer to the beach you are, the more there’s touristy stuff on offer. Good-quality clothing stores etc. are situated higher up the street away from the beach.

From the upper end of the shopping street towards the east, there are more non-touristy services also used by the locals. During daytime, there’s also a bazaar area along the broader road near the crossing of the two aforementioned streets.

The Old Town contains no shops. 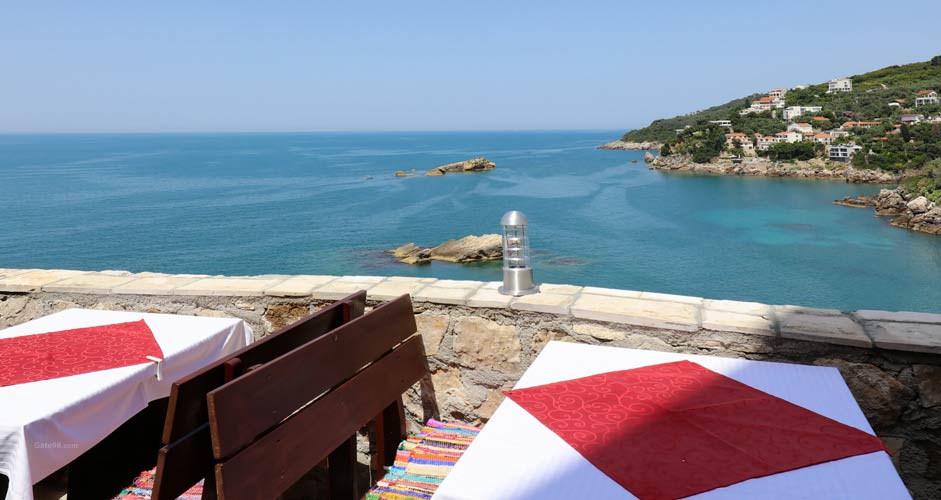 The western side of the Old Town

Ulcinj is more affordable than the more famous destinations northwards in Montenegro. Meals can be found for 2-3 euros and the hotel prices are quite moderate.

Food establishments vary from kebab-pizzerias to higher level restaurants in the Old Town.

Below, there are some examples of hotel and restaurant prices in Ulcinj. Costs of hotel rooms are median prices at Booking.com.

From the airports to Ulcinj

The airport of the capital Podgoriga is situated 73 kilometers away. Check for bus timetables and tickets here: busticket4.me.

The distance to Tivat airport near Kotor bay is 86 kilometers. 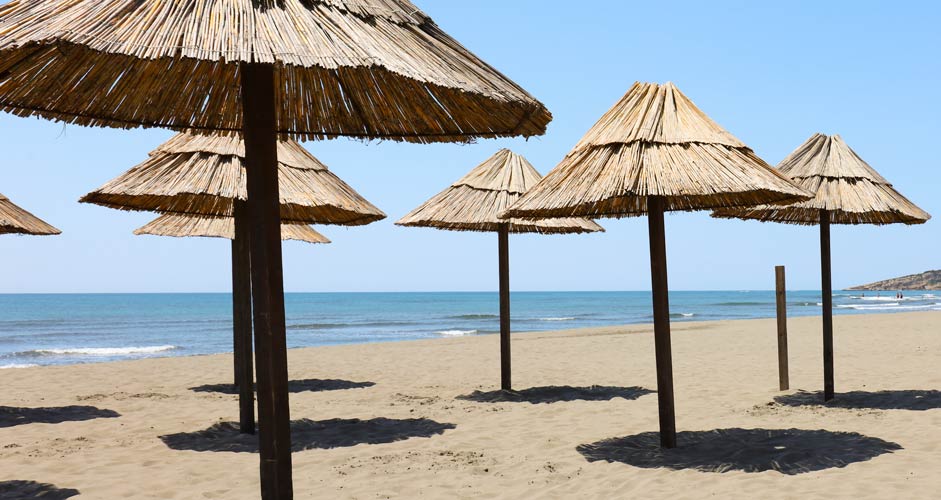 Winter: Winters are cool and cloudy/rainy. As such Ulcinj is a summer destination and not recommendable in winter.

Spring: In march, it rains somewhat less, but it’s not warm yet. In April, 20°C is exceeded regularly, and possibly even 30°C, but evenings remain cool. In May, the weather is typically summery, but sometimes unpredictable.

Summer: Summers are hot with scarce rainfall, especially in July-August. In June, daily highs reach 30°C, while in July-August they typically exceed 30°C and may get close to 40°C. At nights, temperatures are in the range of 20-25°C.

Fall: The amount of rain begins to increase in September, and October has the most rain of the year. In September, temperatures remain rather summery. Even in November temperatures may remain above 20°C.

All destinations in Montenegro