Saranda is a small town on the southern tip of the Albanian Riviera, at the Ionian Sea. Each spring, the quiet town is woken up by tourists, as they arrive to enjoy the sun, crystal clear waters, cheap prices and busy nightlife.

Although it gets busy in Saranda during the summer, you may still bump into a herd of sheep or cows loitering on the town’s hillside roads around the bay.

Go out and explore Saranda and its surroundings! You’ll find interesting natural beauties and historical attractions, such as the ancient town of Butrint and the salvage beaches of Ksamil. The town is located just a 30-minute ferry trip away from Corfu, which makes it a popular day trip destination from the Greek island. 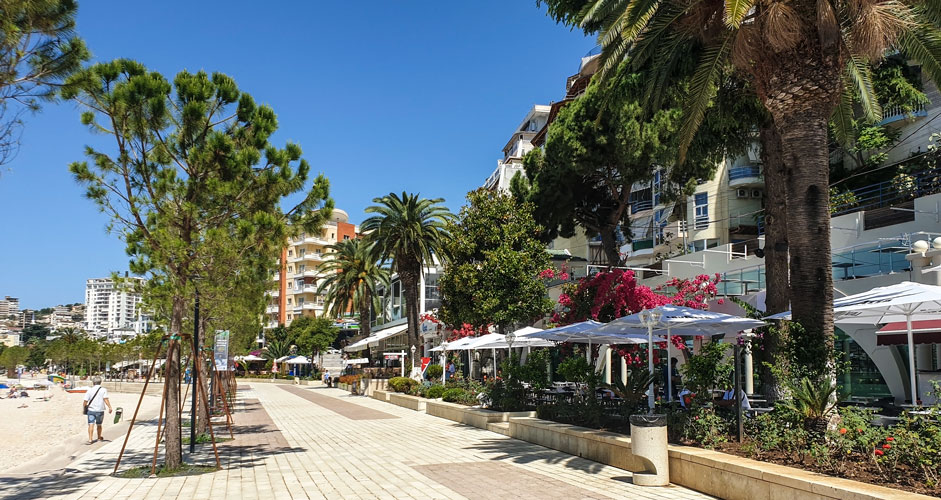 The very center of Saranda is located near the port, an area with the best selection of restaurants and shops. The central square is called Parku Miqësia. The town is located on hills, so it's good to bear in mind that you have to climb uphill, if you’re staying anywhere up from the beach.

Find your hotel in Saranda from Booking.com Hotel Map

Things to do in Saranda 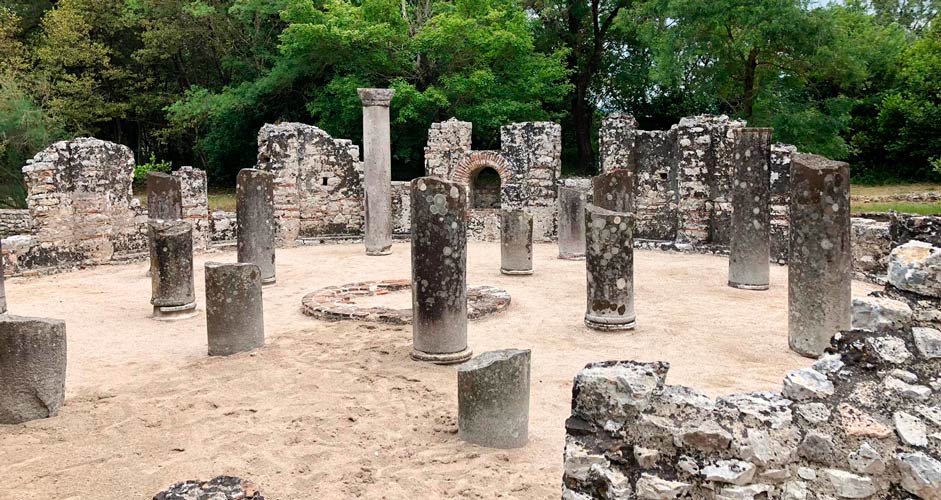 Ruins in the ancient city of Butrint. Photo: Päivi Ahola

Butrint, a true archaeological gem, is located some 18 kilometers South of Saranda. The archaeological findings of Butrint give evidence of prehistoric activities in the area. The town has also served as a Greek Polis in the 6th century BC, and later as a Roman colony.

Today, you can witness the ruins of old Roman baths, a Greek amphitheater, and more recent attractions such as the Basilika and the fortress on top of the hill. Butrint became an UNESCO heritage site in 1992, after the fall of Enver Hoxha’s communist government.

How to get to Butrint: A taxi from the center takes about 30 minutes and costs around 10-15 euros. Alternatively, you can take a local bus that takes 45 minutes and costs 150LEK, equivalent to about 0,80 EUR.
Buses run between Saranda and Butrint once an hour. The last bus stop in Butrint is a car park in front of the entrance to Butrint. The first bus stop in Saranda is in the corner of Rruga Mitat Hoxha and Rruga Jonianet. The bus stops also in the corner of Rruga Flamurtari-Rruga Skënderbeu, Hotel Butrinti and Hotel Oasis. In the summer, the morning buses are often full. Bus timetables 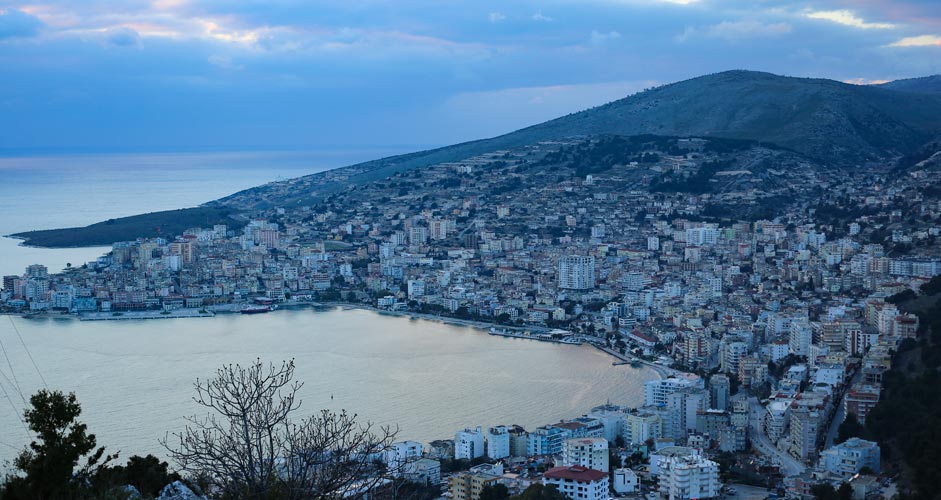 A view to Saranda from the Lëkurësi Castle during the blue hour.

Visit Lëkurësi Castle to get the best views over Saranda. The castle was built in the 16th century by the Ottoman ruler Sultan the Magnificent who needed to protect the city harbor after he attacked Corfu. In the summertime, there is a restaurant with terrace in the castle for food and beverages.

How to get: The castle is located approximately 4 kilometers away from the harbor of Saranda. By taxi, it takes around 10 minutes and costs around 5 euros, or by foot it takes around 45 to 60 minutes. 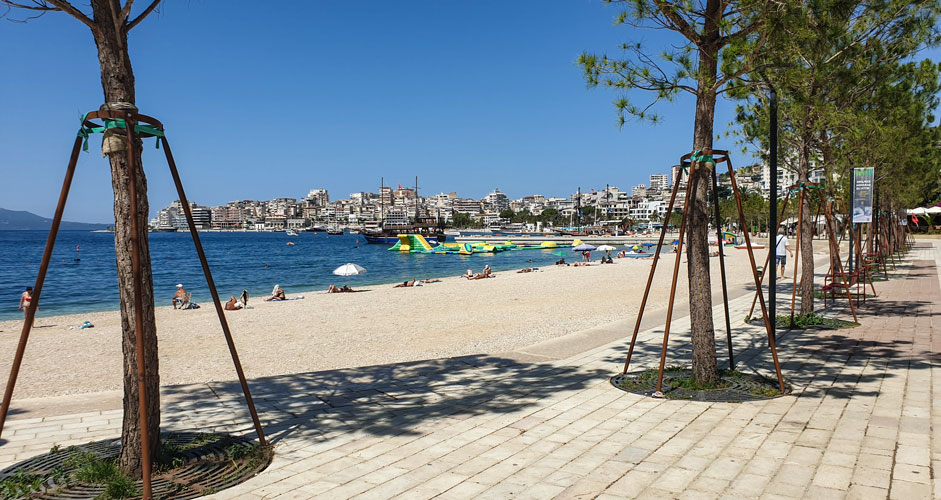 A beach in the center of Saranda.

Saranda is surrounded by gravel beaches, which all very similar to each other. At the beaches, you'll find plenty of restaurants and bars with food and beverages. Because of gravel, many wear swimming shoes. The beaches are not suitable for small children, as they get deep quickly.

Compared to Saranda, the beaches of Ksamil are more impressive, though in the summertime, equally crowded of sunbathers.

Ksamil is a small coastal village some 15 kilometers to the south from Saranda. The beaches in Ksamil with crystal clear water are astonishing. The small Ksamil islands, located in front of the village, are also very impressive.

How to get: The bus to Butrint passes through Ksamil. The journey from Saranda takes about 35 minutes by bus and about 25 minutes by taxi. The price of the bus ticket is 150 lek. 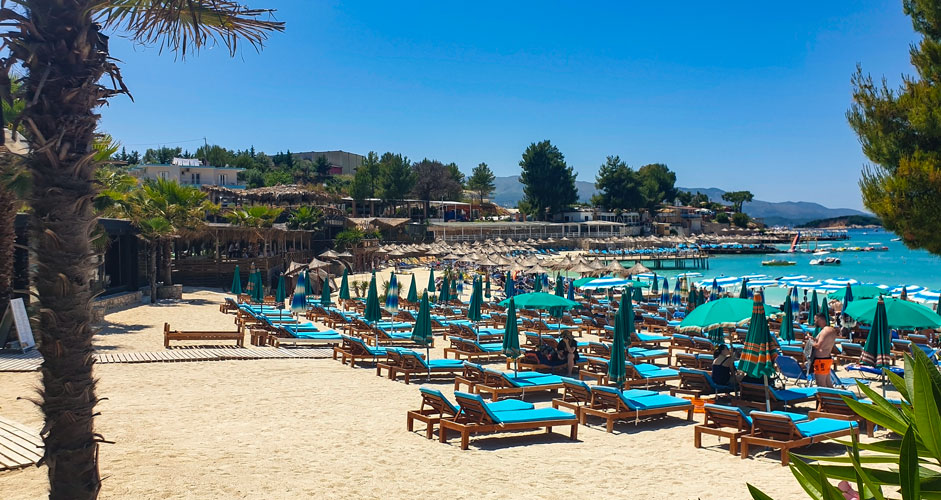 The beautiful beaches of Ksamil are attractive.

The local cuisine is a mixture of Albanian, Italian, and Greek cuisines. Especially seafood dishes are well represented in Saranda.

The quality of the food is not necessarily world-class yet, but fresh ingredients and affordable prices make up for it.

In addition to seafood and fish dishes, local delicacies include pita gyros, which Albanians love all over the country. There are also plenty of pizza and pasta restaurants available. 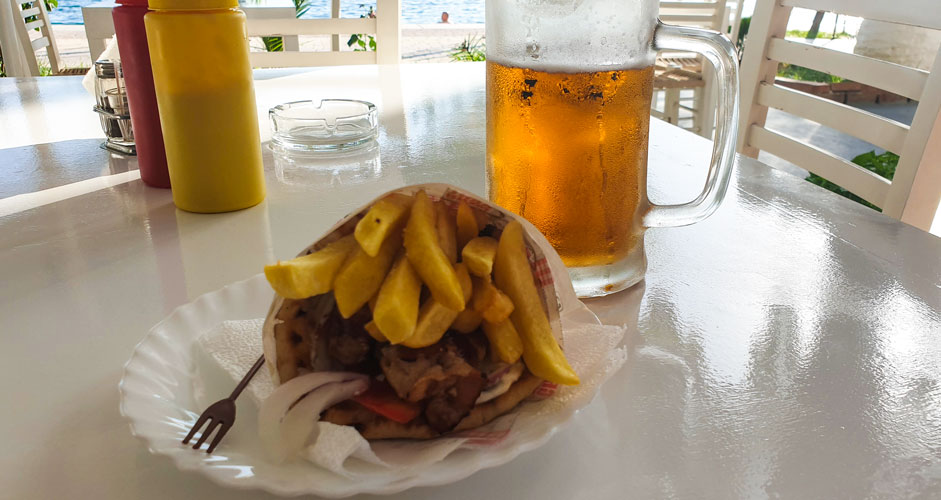 Like in the neighboring country, pita gyros are popular in Albania as well.

The shopping possibilities is Saranda are scarce. There are several clothing shops in the town, but the selection is limited, mainly consisting of local clothing brands. Big international clothing brands are not available in Saranda.

In the mornings, local street vendors gather by the beach promenade Rruga Jonianet on the harbour side to sell all sorts of artisan products, especially lamb wool products are popular.

Albania is one the most affordable travel destinations in Europe, which is one of the main reasons attracting tourists. Prices in Saranda are just fantastic for the most of us. The travel essentials, such as, lodging, food and drinks are suitable for any type of budget.

Below, there are some examples of restaurant and hotel prices in Saranda. The costs of hotel rooms are median prices at Booking.com.

How to get to Saranda

Corfu: The nearest international airport is located in Corfu, Greece, which is a 30-minute ferry trip away from Saranda. From Corfu, there are several daily departures, depending of the time of the year. The faster hydrofoils take 30 minutes and the slower ferries 70 minutes to travel. The hydrofoils and ferries arrive at the port, located right in the center of the city.
Ferry timetables: Ionian Seaways & Finikas Lines 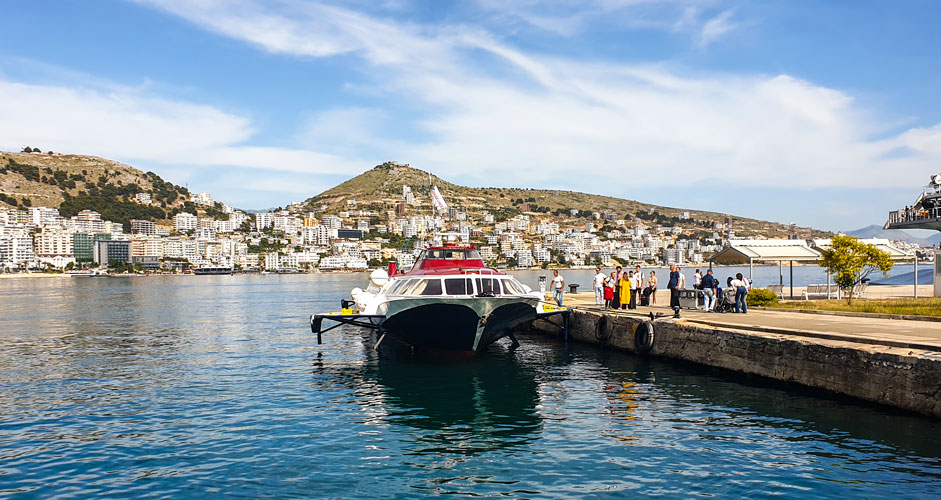 Tirana: The Tirana airport is the closest international airport in Albania. The bus from West Tirana to Saranda departs some 6-7 times a day. You’ll find the place from Google Maps by ”Terminali i Autobuzave të Jugt”. It’s known as the Eagle roundabout and located about 3 kilometers away from the center of Tirana. The journey costs 14 euros and takes about 6 hours, depending of the stops. The bus finishes in Parku Miqësia in the center. Buses to Tirana also leave from the same square.
Bus timetables: gjirafa.com 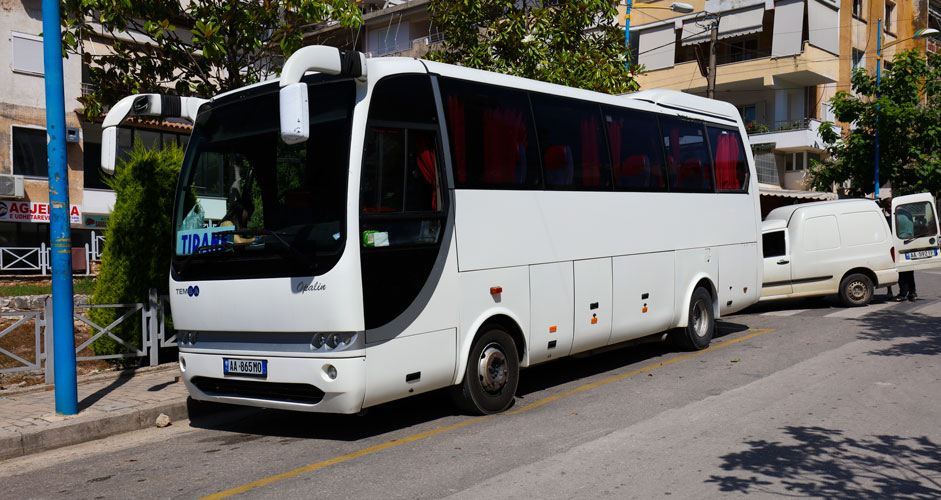 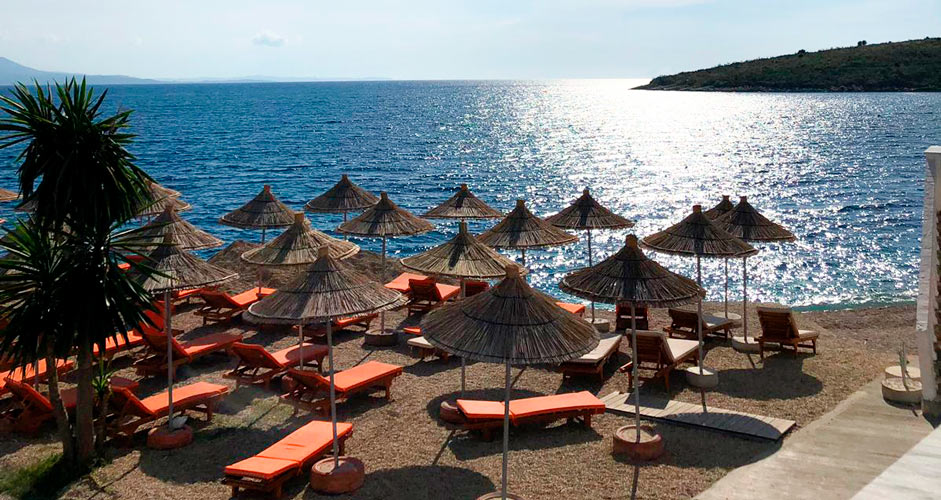 Winter: The winter months from December to February are often rainy, and the average temperatures vary between 8-15°C.

Spring: From March to May, it stops raining, and the sun is out often. The average temperature in March climbs up to around 10-15°C, but in May the average is already at 20 °C.

Summer: From June to August, the sunshine is pretty much guaranteed. The temperature climbs constantly up to 30°C and above.

Autumn: September is still a warm month and the temperature stays clearly above 20 °C. In mid-October, the weather cools down to 20°C and it starts to rain more often. In November, the temperature is already around 15°C.