Hämeenlinna Where to Stay Things to Do Shopping Prices Arrival Weather

Hämeenlinna is the oldest inland city in Finland and the southern gate to the Finnish Lakeland, the largest lake area in Europe. Hämeenlinna is a good choice for a holiday, if you are looking for peace of nature, history and lake activities.

If you are staying at Helsinki, Hämeenlinna is also a good option for a day trip, as it is situated only a good hour away from the capital. It's a peaceful, almost sleepy little city surrounded by lakes – a perfect getaway. 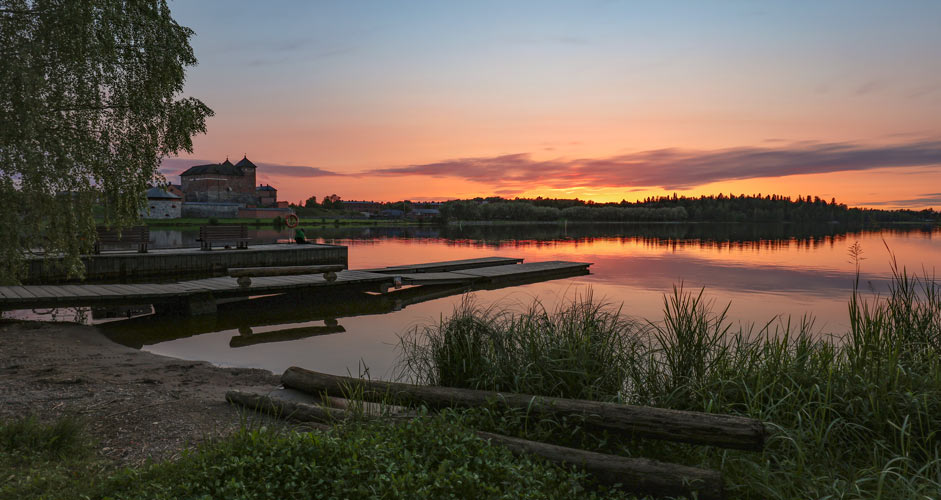 Where to stay in Hämeenlinna

Located on the lake shore next to the train station, Hotel Vaakuna mimics the style of the Castle of Häme.

Things to do in Hämeenlinna

The Castle of Häme is the most visited attraction in the city, and the very place the city of Hämeenlinna gets its name from. (Hämeen refers to “of Häme” and linna to “castle”.)

You can visit the castle on a guided tour or on your own. There are also exhibits, a café and a gift shop. 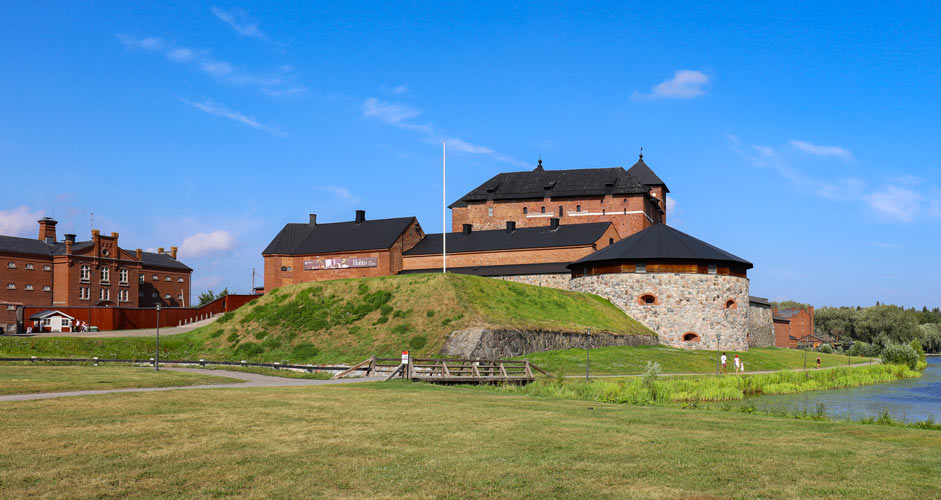 In the area, there is also the largest prison museum of Finland (on the left in the upper image), and a cannon museum, Museo Militaria. 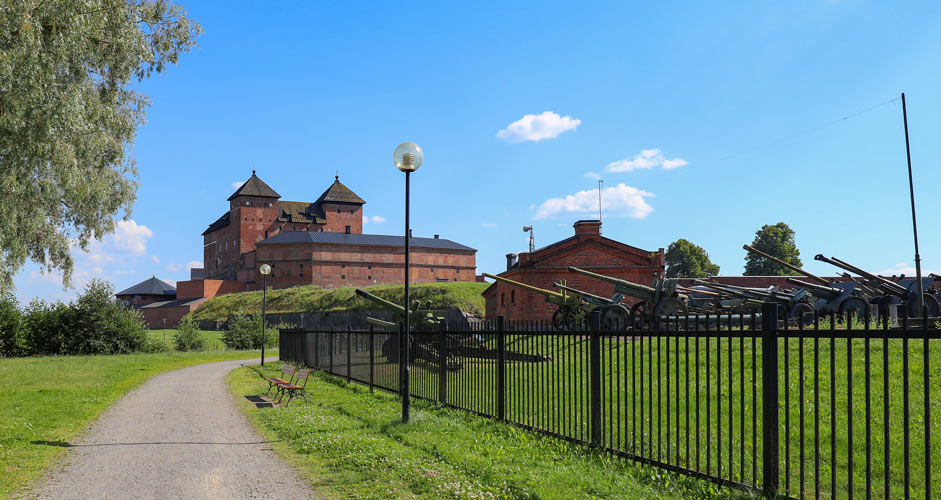 Aulanko hill is likely the first place with inhabitation in Hämeenlinna. On the top of the hill, there was a castle way before the construction of the Castle of Häme. However, there is very little left of the castle. Inspired by the old construct, a Granite castle was built on the hill in 1887. The castle, shown in the picture below, consists of only a wall, three towers and a small courtyard. 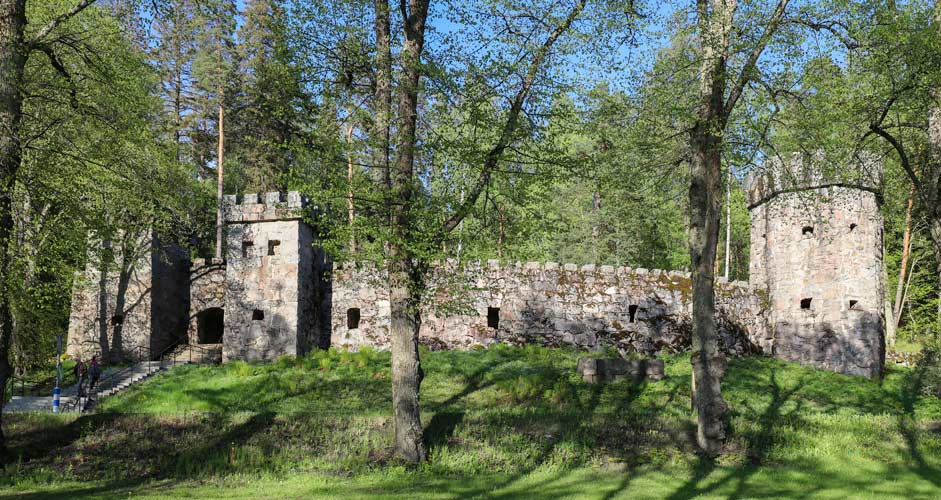 On the hill near the old castle, there is an observation tower, which is currently under renovation until 2022. There is also a café on the hill.

Between the Granite castle and the observation tower, there is a forest-like park, which has two artificial ponds that were built around the same time as the Granit castle. The park also includes jogging trails.

Over 100 years ago, the area was more park-like and included a zoo. Nowadays, it is a nature reserve, with much more woodland.

Also near the hotel Aulanko, there are many activities on offer, such as golf, miniature golf, tennis, horseback riding, an adventure-park for children, a spa, and a variety of opportunities for water sports.

In addition to what is being offered via the link above, you can rent jet skis, SUP-boards and also try out wakeboarding in the center.

There’s quite enough space for everything. You could in fact reach the third largest city in Finland, Tampere, via the lakes. The city itself is 80 kilometers away. 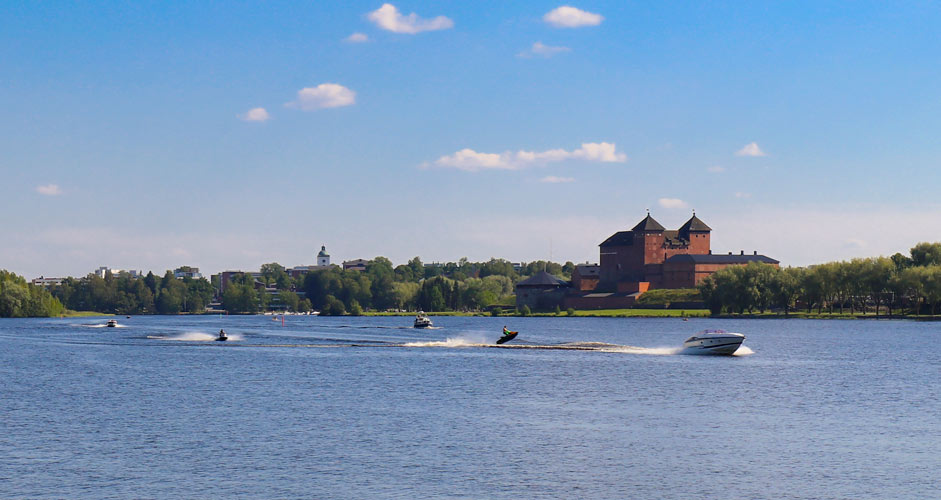 Learn about the history of Hämeenlinna and its citizens

At the Hämeenlinna City Museum, Museum Skogster, you can learn about the history of the city via exhibitions and videos.

The historic homes of the townspeople can be visited in two places:

All destinations are located in the city center close to each other.

You can get to experience lakeside-cruises of varying lengths easily from Hämeenlinna. Ships can be seen in the picture below, and the starting point is northwest of the two bridges in the city center.

Cruise providers (web pages only in Finnish): Hopealinja and Kuutar. 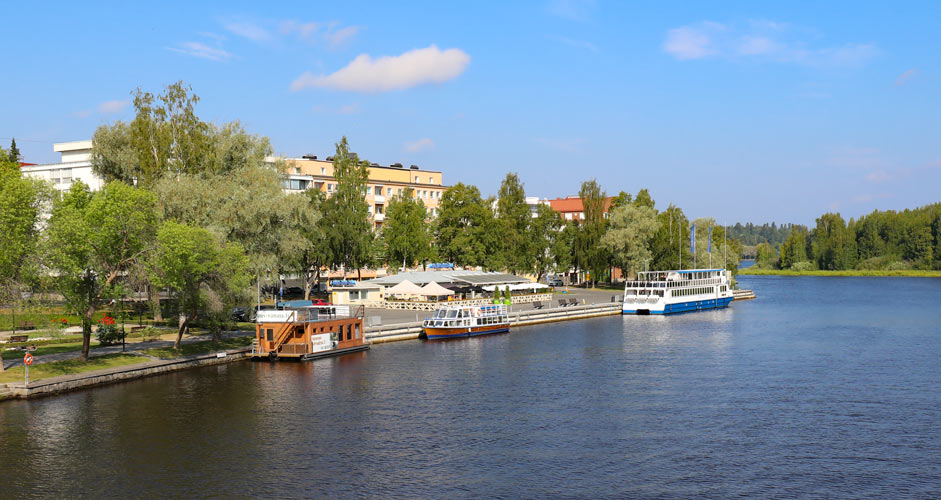 Cruise Ships in the back and the sauna boat in the front.

Floating sauna on a lake

Finland is known for its saunas. In Hämeenlinna, you get to experience one, along with a relaxing hot tub, in the middle of a lake. The starting point is the same as the lake cruises, the sauna boat can be seen in the picture above.

Lake Ahvenisto is a small lake two kilometers from the city center. It is the most popular swimming spot in Hämeenlinna. There is a beach with services by the parking area, but you can also go swimming from the piers around the lake. 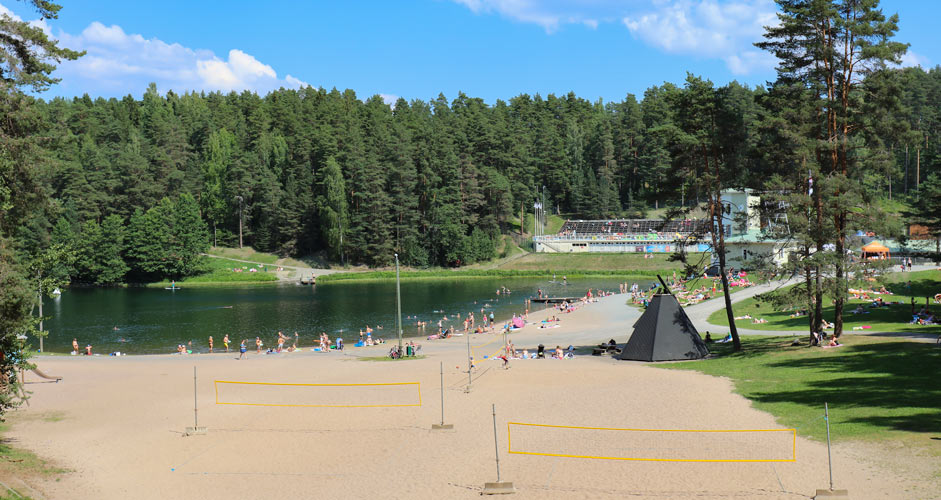 Next to the lake, there is a paid area with a heated swimming pool. The swimming event of the pentathlon of the 1952 Olympics was held there. Also the fencing and equestrian events were held on the shores of lake Ahvenisto, and the cross-country running was completed around the lake. Still today, there is a good path for walking and jogging around the lake.

The area also contains a café and an adventure park, FlowPark.

More information about the services by the lake: ahvenisto.fi

There are some small and modest beaches around Hämeenlinna. In addition to lake Ahvenisto, there is another popular beach on the south side of the city center (shown on the picture below). The swimming hall of Hämeenlinna is located next to it. 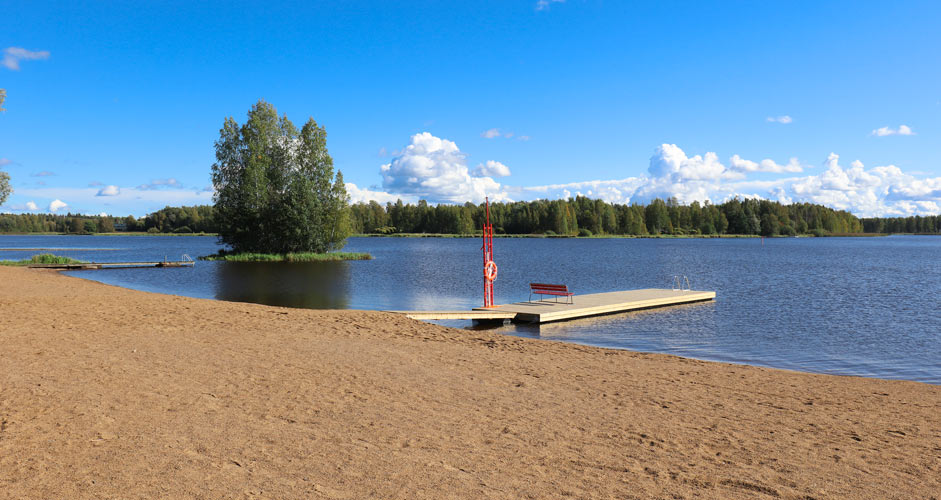 In the center, there is a beach, too.

The prices of Finnish products are certainly higher than the average of the EU, except in clothing, which is closer to the average.

Below, we feature some examples for restaurant and hotel room prices in Hämeenlinna.

From the airports to Hämeenlinna

From the Helsinki airport (Helsinki-Vantaa)

By train: You can catch a train from the Helsinki airport to Hämeenlinna by changing trains at the Tikkurila train station. Usually, you need to change trains only once, and the trip takes about an hour. The train station of the airport is located between the terminals T1 and T2. You can purchase a ticket from a ticket machine. Schedules and prices: vr.fi.

By bus: You can get straight to Hämeenlinna by a bus. The bus drives via terminals T1 and T2. Schedules and prices: matkahuolto.fi.

You can get to Hämeenlinna from the center of Helsinki by a direct train or bus in about an hour.

From the airport, you have to take an airport bus to the center of Tampere, from where you can get to Hämeenlinna by a bus or train in about an hour. The links for the schedules are the same as above.

Hämeenlinna is above all a summer destination. The most sunny and warm part of the year is around July. However, the Finnish summer is unpredictable, and there can just as easily be sunny periods with +25-30℃ or rainy periods with +15-20℃. The most common weather type is partially cloudy with +19-23℃ temperatures.

The sun rises at approximately 4 a.m. in southern Finland in July and sets around 10 p.m., so you can surely enjoy the whole day to the fullest. 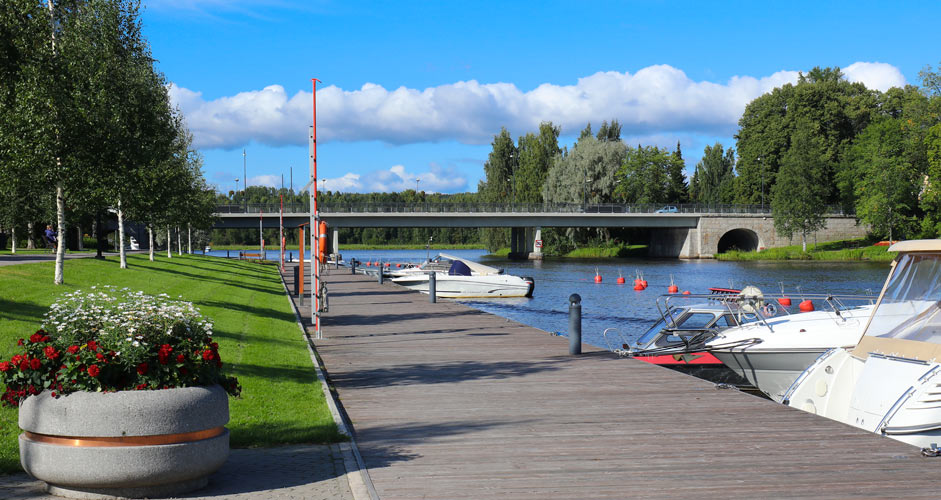 There are boat docks all around the center of Hämeenlinna.