Polish port city Gdansk, at the southern end of the Baltic Sea, has a colorful history, influenced especially by the disputes between Germany and Poland. Over time, Gdansk has been governed by both of these countries and by neither of them. Gdansk also staged the tragic first clashes of the World War II.

In the past, this old Hansa city was a vibrant trading place for merchants around the Baltic Sea. Many of them moved to Gdansk, investing their wealth into the city. The architecture of the Old Town originates from that era, and there’s a clear resemblance to other Hansa cities like Lübeck and Tallinn. Just like in other Hansa cities, the Old Town is the most charming place of Gdansk.

The best time to discover the city is in the summer, when the weather is nice and the open terraces of bars and restaurants invite you to enjoy Polish brew and fresh seafood. 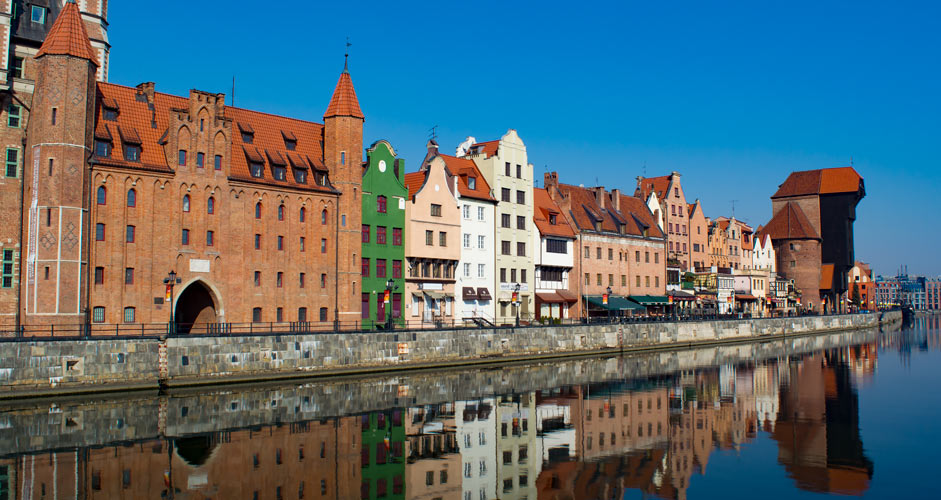 Where to stay in Gdansk

The Old Town of Gdansk is situated roughly in between the Wyspa Spichrzów island and the main train station. The distance between them is about 1.4 kilometers, and that area would be the most central location to stay in Gdansk. Even more so around Dlugi Targ, which is the central square of the oldest part of the city.

Things to do in Gdansk

The Long Market, as it is translated, is the central square and the heart of Gdansk. The Gdansk Town Hall, the Fahrenheit Monument, the Golden House and the Neptune Fountain are all located in the square.

The Neptune Fountain was sculpted by a Flemish artist Peter Huisen by 1613. It's famous for a local legend that the statue has spouted out Goldwasser, which is a local liquor.

Opposite side to the fountain, there is the Fahrenheit Monument. It's devoted for the inventor of Fahrenheit scale, Daniel Fahrenheit, how was born in Gdansk in 1686. The Golden House is a beautiful 17th-century building with an ornamented facade. 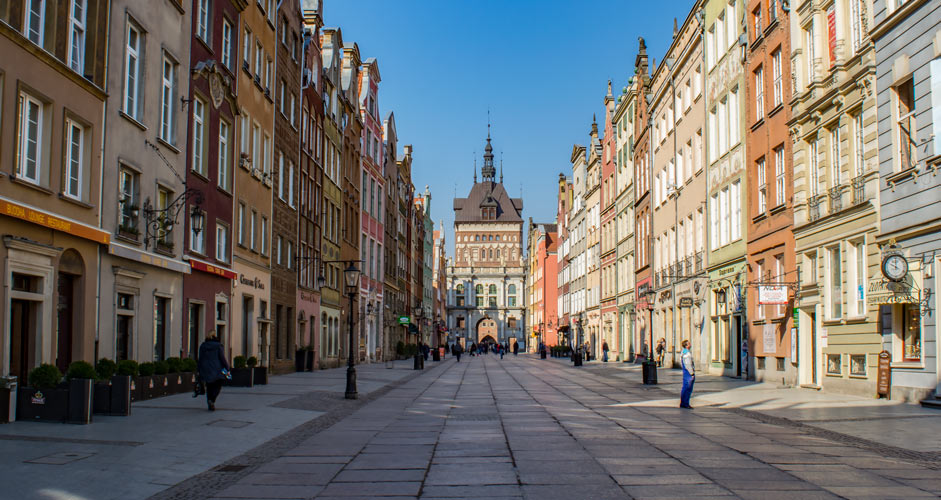 The ECS is a unique museum, or a homage if you like, for the victorious Solidarity movement, commemorating the revolution of Solidarity and the fall of communism in Europe. An audio-guided visit to the museum is a very educational experience. 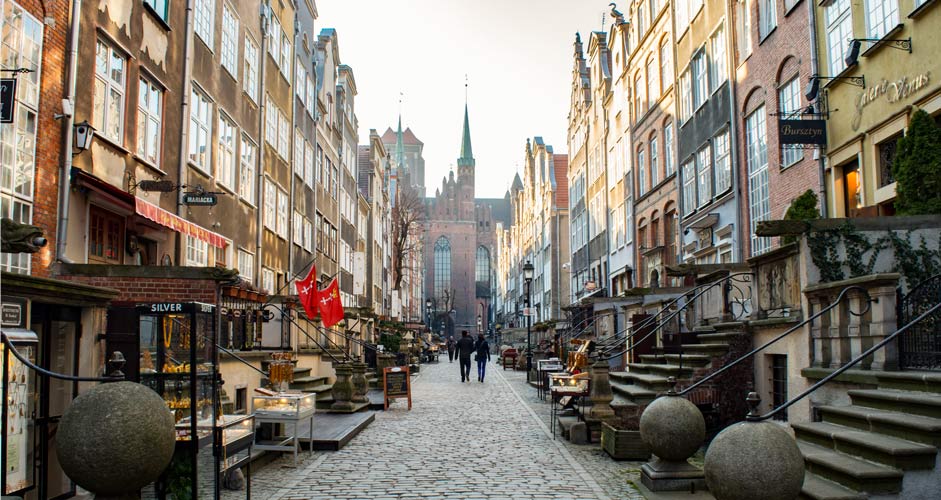 The largest brick-built church in the World is called Gothic Church of the Most Holy Virgin Mary, and it's located in the center of Gdansk. Better known as St. Mary's Church, it was built between 1343 and 1502.

It's massive 76,6-meter-tall tower rules the landscape and offers a great view over the city, if you don't mind climbing all 400 steps. One of the highlights inside is the massive wooden 15th century astrological clock.

Westerplatte is a peninsula located only 10 kilometers to North from the Gdansk city center. It's famous for the first battle of World War II. On the 1st of September, the German battleship Schleswig-Holstein opened fire on the Polish garrison located in the peninsula.

Today there is a granite memorial statue called the Heroes of Westerplatte to commemorate those who fell in the battle.

The Museum of the Second World War in Gdansk

The museum that walks you through the stages of WWII, is situated in the outskirts of the old town of Gdansk. The museum is very well structured and guides you all the way from the start till the end of WWII from the Polish perspective.
Website: muzeum1939.pl

There are wide beaches with fine, almost white sand on both sides of the port. The several-kilometer long stretch of beaches is known as the Polish Riviera. It includes the beaches of the neighboring towns Sopot and Gdynia as well.

The nearest beaches in Gdansk are located several kilometers from the Old Town. On the east/south side of the port there's the Stogi Beach, while Brzezno and Jelitkowo beaches situate west/north of the port. And if you keep going, you’ll arrive at the town of Sopot, which contains the most popular beach of them all.

Along with the shops and boutiques in the Old Town, there are several shopping centers in Gdansk.

Amber, "The Gold of the North", is a popular souvenir from Gdansk, mostly in the form of jewelry. They can be purchased in several places, one being the beautiful street of Mariacka in the Old Town. 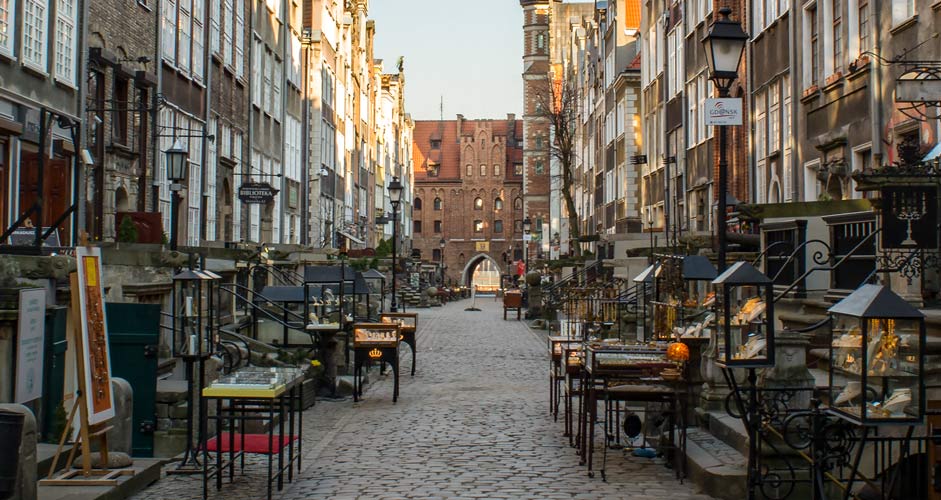 Below, there are some examples of restaurant and hotel prices in Gdansk. The costs of hotel rooms are median prices at Booking.com.

From Gdansk Airport to the Old Town

Bus number 210 runs past the Old Town. The best stops are Dworzec Glowny at the main railway station and Brama Wyzynna, which is closer to the Dlugi targ.
The list of the stops can be found here. The left column is the direction from the airport to the city. You can find timetables by clicking the stops in question. The airport stop is called Port Lotniczy.

More options can be found on the route planner. Choose Gdańsk Lech Wałęsa Airport as a starting point and click on the map or type in the address for your destination. 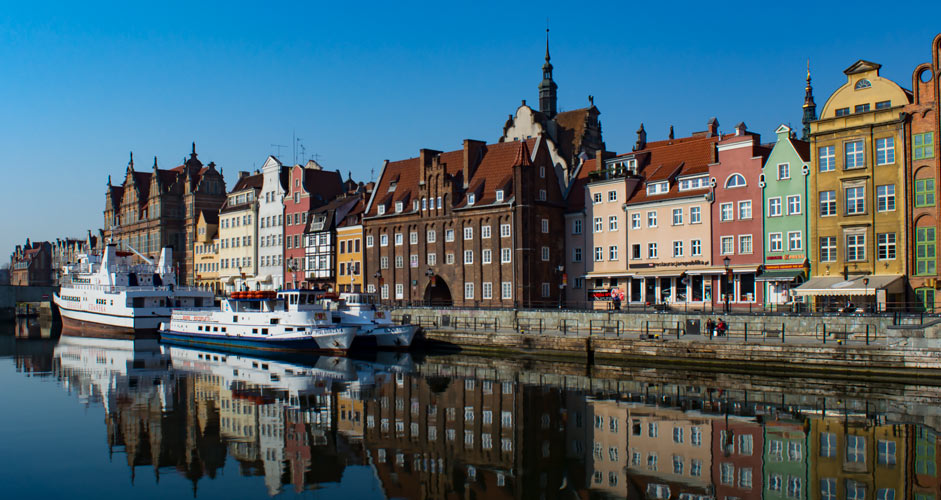 Winter: The temperature in December varies on both sides of 0°C. January and February are colder than that, possibly with temperatures of -10°C or below. Proper winter clothing, such as hat, winter shoes, gloves and scarf, is therefore necessary.

Spring: March is still a cold month with temperatures often below 0°C in the nighttime, and sometimes in the daytime as well. In April, it is still unpredictable, but the May weather should be pretty warm with temperatures frequently over 20°C. Evenings aren’t that warm, however, so it’s still good to have a coat with you.

Summer: June, July and August are the warmest months of the year, with temperatures climbing to 30°C on the hottest days. The average daily high is over 20°C.

Autumn: Temperatures drop to 8°C - 15 °C in the Autumn months. In November, temperatures can already drop to 0°C. Similar clothing than in the springtime is advisable.

Destinations by the Baltic Sea