Sarajevo is an interesting mixture of east and west, old and new.

The heart of the city is the old bazaar area, Baščaršija, east of the center. The western, more modern side of the city contains shopping malls and stores with international brands.

Due to the small center, the airport shuttle is the only transportation issue that needs to be taken care of when traveling to Sarajevo. 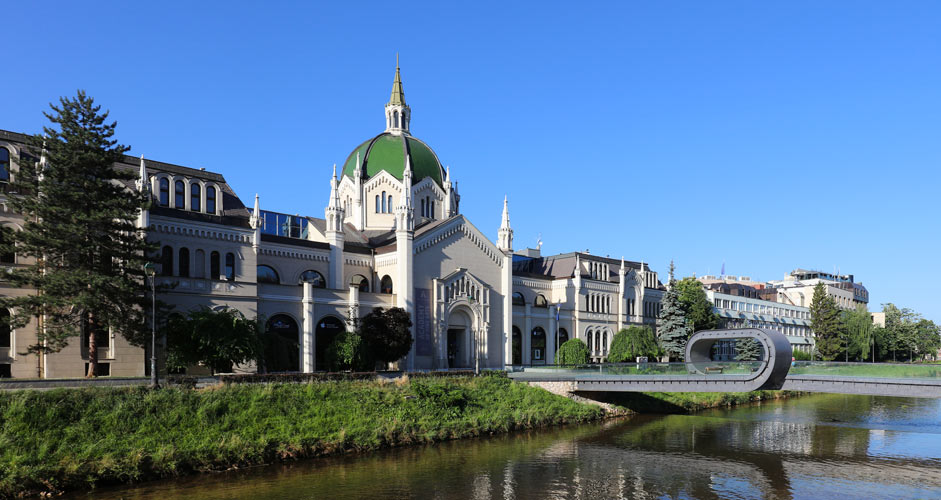 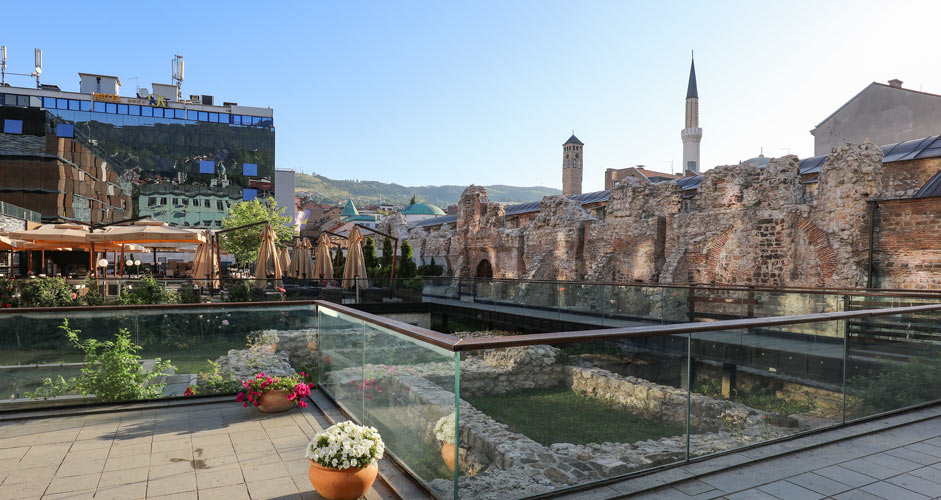 The ruins of the centuries-old Tašlihan inn in the middle of the city.

Where to stay in Sarajevo

Sarajevo is a mountainous town in a valley with a small flat section at the bottom. The ground begins to rise sharply just north of the flat section, as is also the case south of the river.

The ideal location for accommodation would be north of the river in the area between the BBI shopping center and the bazaar area Baščaršija.

Things to do in Sarajevo

In the 18th century, after Sarajevo had largely been destroyed, the walled city of Vratnik was built northeast of the present center. Some of the fortresses and sections of the wall and are still standing.

Žuta tabija, the Yellow Fortress, is hardly an actual fortress, since the only thing left are its low walls. However, there's is a great view of the city, and the climb to get there is not bad either. 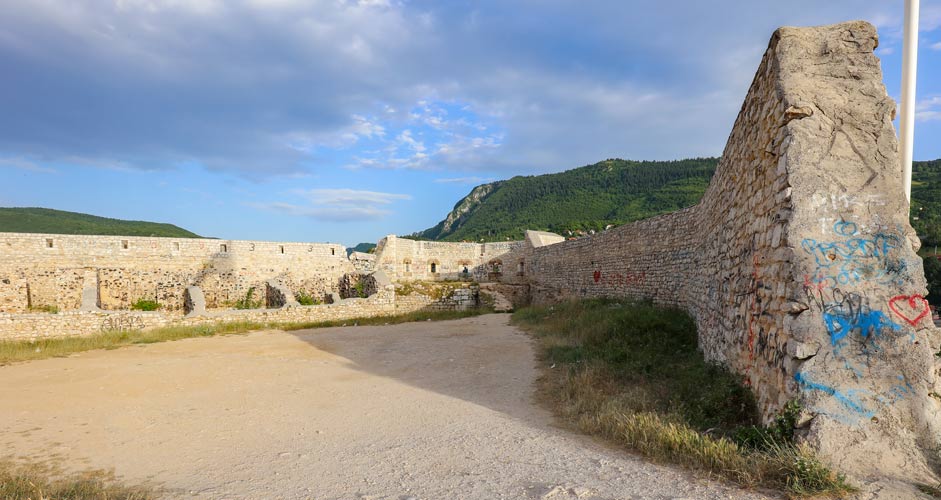 Situated higher up on the hills, Bijela tabija, the White Fortress, has more wall sections remaining, and the views from there are even better. The main picture of this article was taken while standing in front of the fortress. In the other direction, the landscape looks like this.

There's a bus connection operating close to Bijela tabija. However, if you don't mind walking a couple of kilometers uphill, the narrow alleys and the unique houses of the Sarajevo hills could be the finest experience while in the city. If you're starting from Baščaršija and take a slight detour via the north, the route goes via the above-mentioned Vratnik. 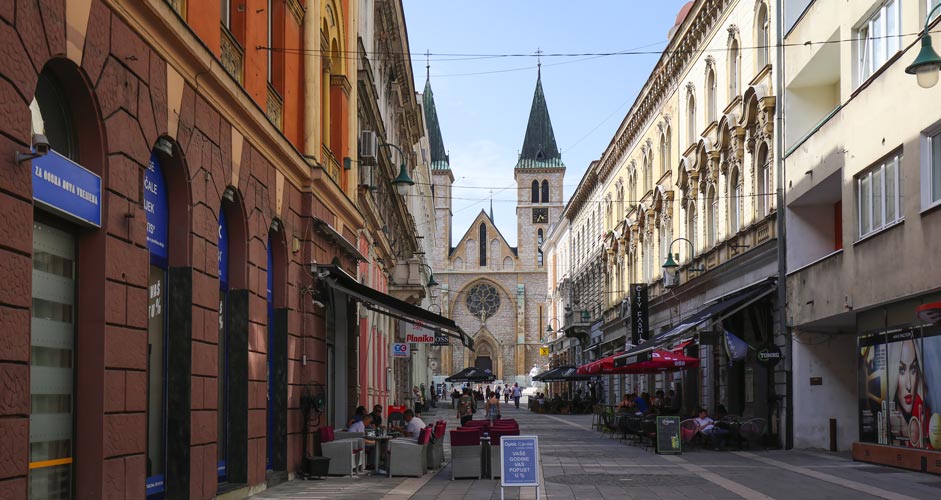 There are several mosques and churches in Sarajevo. Since most of them are situated right in the center, they can be explored on foot conveniently.

The Sacred Heart Cathedral (or the Sarajevo Cathedral) is the largest cathedral in Sarajevo. The largest old mosque, on the other hand, is the Gazi Husrev Bey’s Mosque. The two are situated 250 meters apart from each other at the eastern end of the pedestrian shopping street Ferhadija.

Below, there are some examples of restaurant and hotel prices in Sarajevo. The costs of hotel rooms refer to median prices at Booking.com.

From the airport to the city

The Sarajevo Airport is situated some 10 kilometers away from the city center. The airport bus is the only public transport alternative.

The bus operates between the airport and the Baščaršija bus stop. 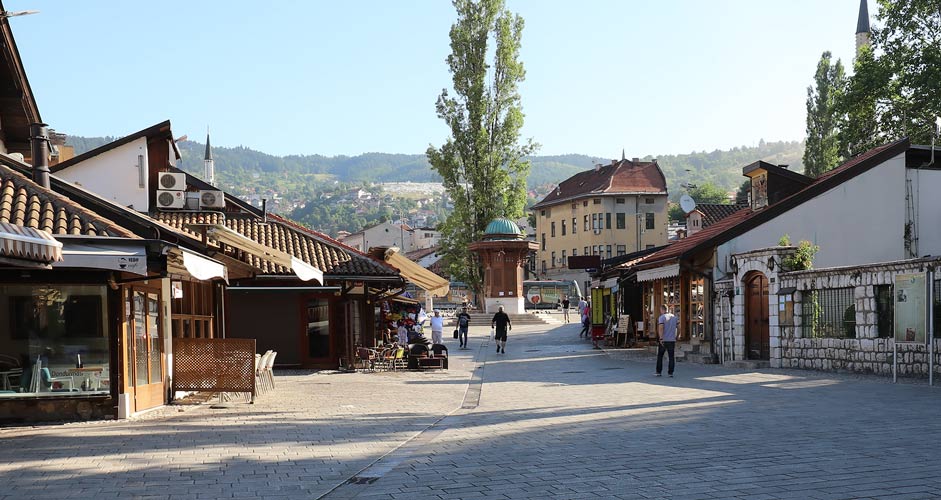 The wooden Sebilj Fountain on the Baščaršija Square is one of the landmarks in Sarajevo. The airport bus stop is situated behind the fountain.