The capital of Malta, Valletta, is built on higher ground on a peninsula. The city is surrounded by ancient walls and the sea. Hence, it’s not a city by the sea; it’s a city surrounded by the sea.

With its rich history and beautiful architecture, Valletta is a great destination for all-year-round city breaks for adults. No wonder, it's been selected as a Unesco World Heritage Site and the European Capital of Culture in 2018. Valletta is the smallest capital in the European Union, and obviously the distances between the attractions are very short. 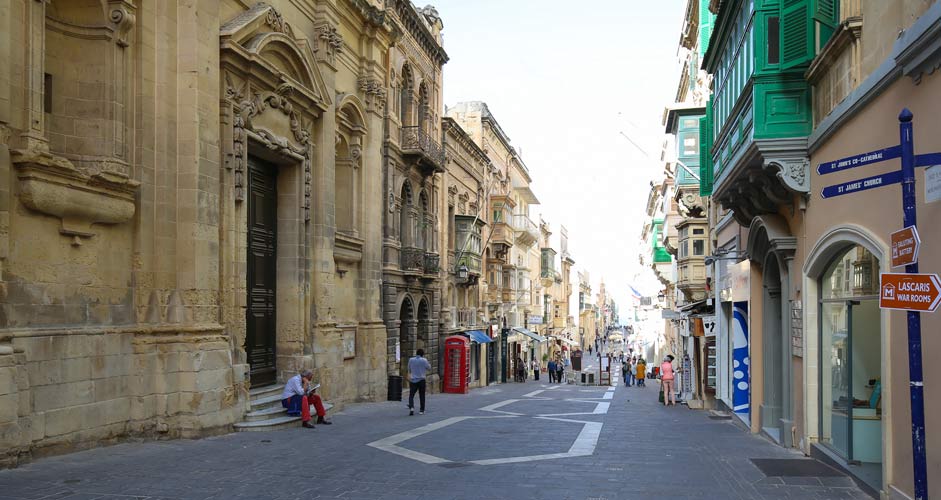 Valletta is extremely small, and it makes no difference where you accommodate inside the city walls (east of the City Gate).

Bear in mind, however, that the landscape of Valletta is far from flat. The highest ground is the city center and the surrounding areas tend to incline uphill or downhill, often with stairs available.

If you’re looking for a hotel with a swimming pool, and enjoy strolling about on a seaside promenade, you might want to consider other nearby locations for accommodation. Sliema across the bay, is a good option. There's a ferry operating across the bay all day long, enabling quick access to the sights of Valletta. Late connections are available only in summer.

The ferry from Sliema to Valletta takes 15 minutes one way and requires a small fee. However, hotels in Sliema are cheaper than in Valletta, which compensates for the costs of the ferry. Note, however, that there may be long queues to the ferry at times, and it doesn't operate in heavy winds.

Things to do in Valletta 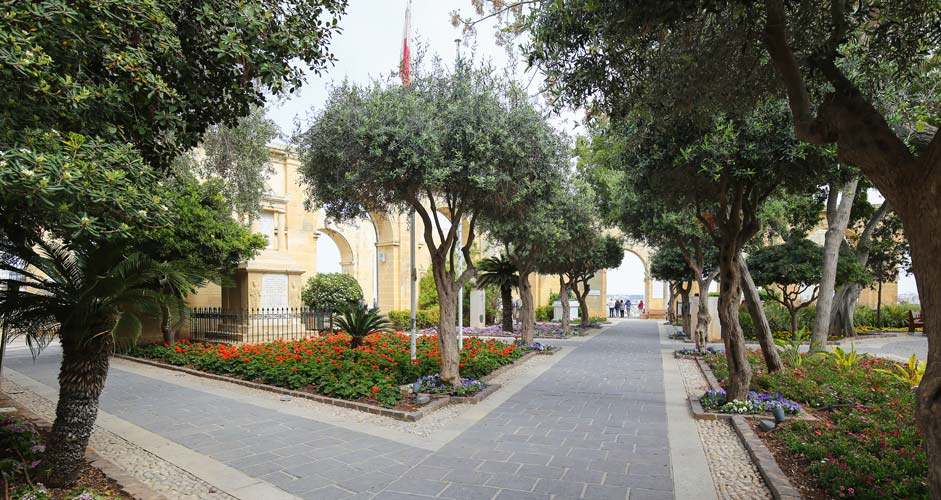 Upper Barrakka Gardens is a park with great views to the ”three cities” over the Grand Harbour. On the lower tier, there's a battery of cannons. One of the cannons is fired twice a day in a show, which is actually a simulation producing realistic sound and smoke. 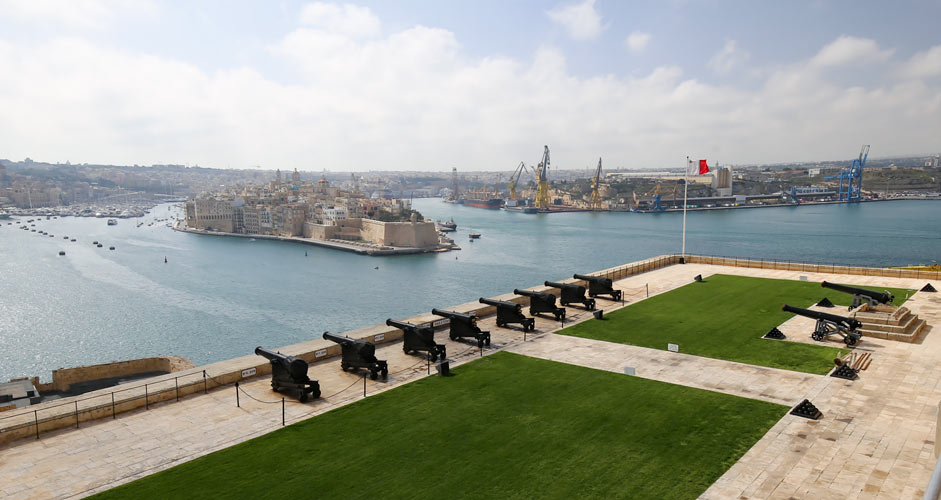 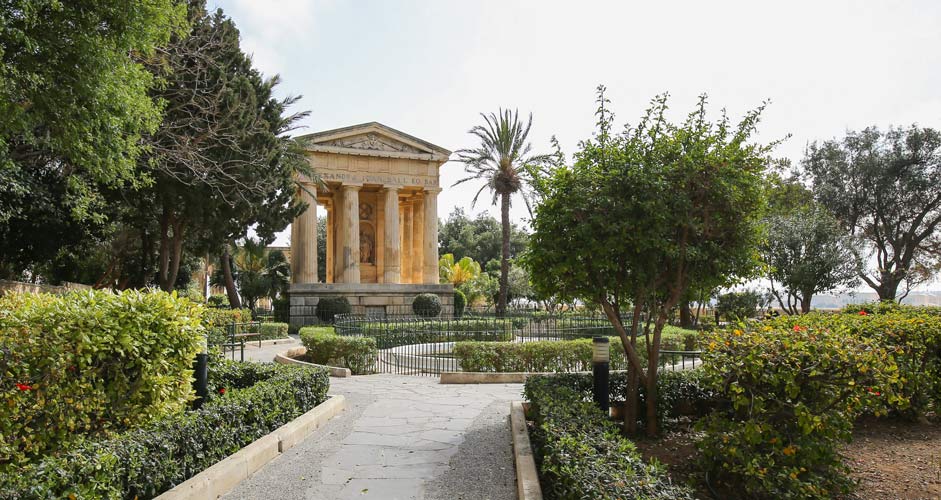 Lascaris War Rooms are secret underground tunnels and rooms that were built for the Second World War and used as War Headquarters. In post-war years until 1970s, the site was used for a strategic communication center by NATO and for other military purposes before being closed. Later, Lascaris War Rooms were reopened as a museum. Admission fee includes a 45-minute guided tour, or you may visit the rooms on your own.

Fort St Elmo is a star-shaped fort, built just before the Great Siege of Malta in 1565. It now hosts the National War Museum. An entrance ticket is required to access the fort area. The museum is spread in six different locations across Fort St Elmo, all designated to a specific time in the history of Malta.

The Grandmaster's Palace is being renovated. The first part should be completed in October 2022 and the second part in 2025.

Casa Rocca Piccola is a 16th Century Palace of a Maltese Noble family that has been partly opened for visitors.

St John’s Co-Cathedral is a large cathedral right in the city center.

If you wish to take a stroll outside the city gates, Floriana is a small town right next to the capital. The area has more local authenticity than Valletta. 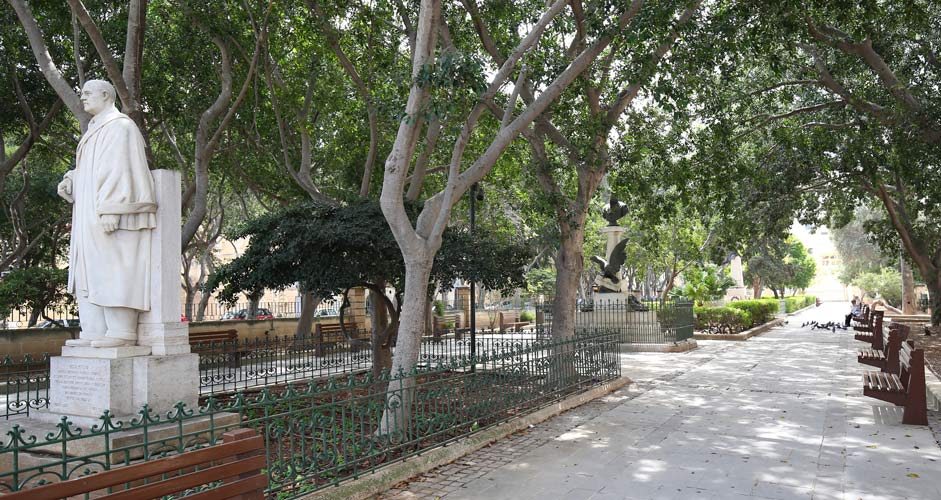 On the northern side of the Floriana town center, there's a few hundred-meter-long park (picture above). At the end of the park, there is the Argotti Botanic Gardens. The park begins almost right after the Triton Fountain and the Valletta bus stops.

On the south side of the park, there’s the large St. Publius' Square, with St. Publius church at the end. In the picture, it’s been decorated for the annual St. Publius celebration.

Walking towards the sea through Floriana will get you to Valletta Waterfront, a harbor for large cruise ships (momentarily there are no ships in the picture). It’s a good place to have lunch on one of its many terraces, and walk back to Valletta via the Upper Barrakka Gardens' lift or through Floriana. 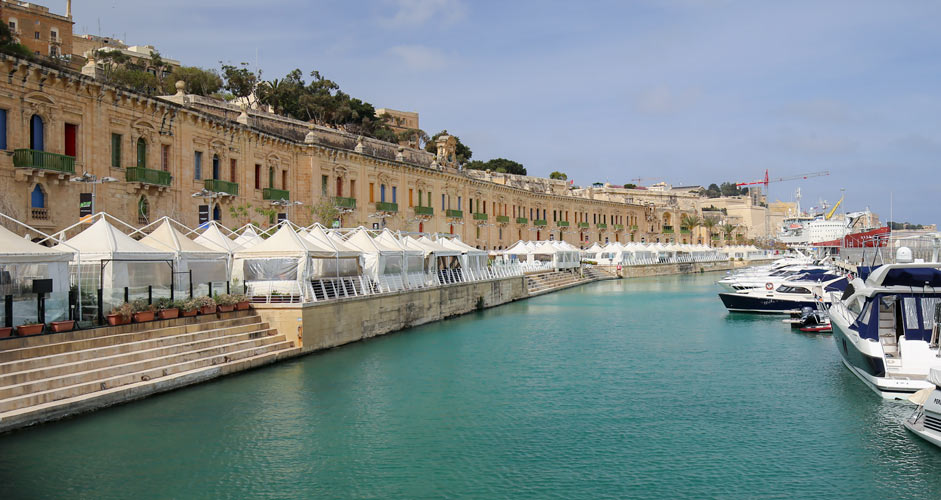 Shopping possibilities in Valletta are concentrated on small shops, which are mostly situated along the central streets: Republic Street (Triq Ir-Repubblika) and Merchants Street (Triq Il-Merkanti). The largest shopping center in Malta, The Point is situated on the other side of the bay in Sliema. It’ll only take a ferry ride and few hundred meters on foot to get to the shopping center. 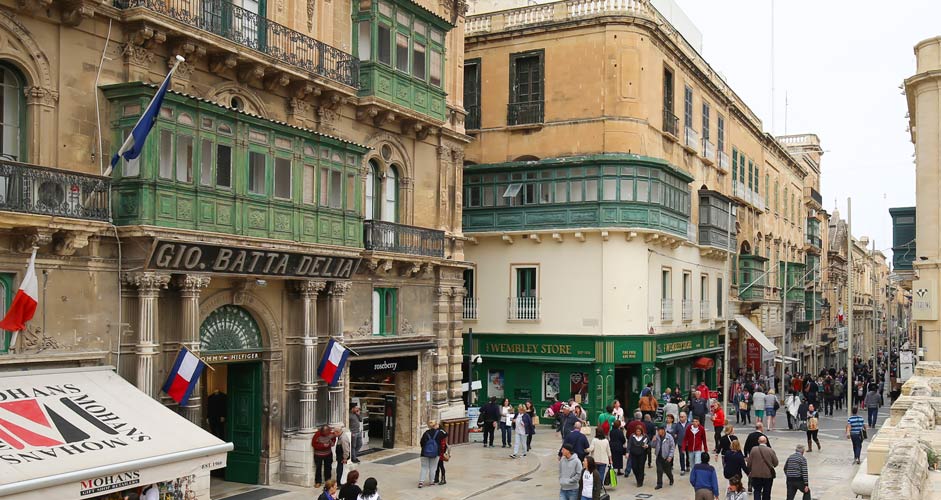 Below, there are examples of hotel and restaurant prices. Hotel room prices refer to median prices at Booking.com. For Europeans, Malta is affordable, but bear in mind that hotel prices in Valletta are sky-high compared to neighboring towns.

From Malta airport to Valletta

Malta International Airport, Luqa, is the only airport in Malta, and it is situated about 8 kilometers southwest of Valletta.

There are no railroads in Malta, so busses are the only option besides taxis and other private transportation. Choose the bus line X4 with the direction Birzebbuga-Valletta. You can find the airport stop (Airport 1) under the heading Hal Luqa. The journey between the airport and Valletta city takes about 20 minutes

Check for taxi prices to different destinations here. An administrative fee of a few euros could be added to the price.

Bolt operates in Malta, and it's cheaper than traditional taxi companies.

Weather and when to travel 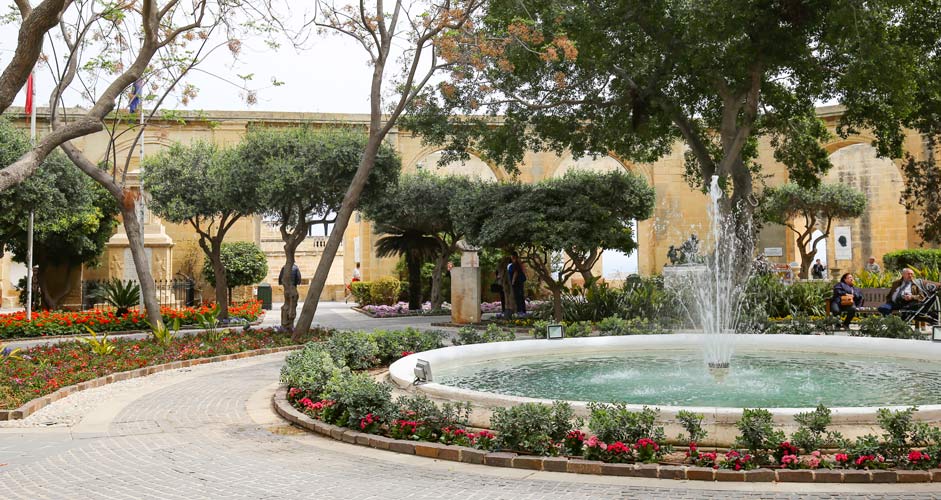 In Valletta, the certainty of sunshine throughout the year is one of the highest in the whole Europe.

Winter: Daytime temperatures vary between 13-19°C and drop to both sides of 10°C at night. The rainiest time of the year is between October and February.

Spring: Already in March, daytime temperatures may exceed 20°C. In April, daytime weather may resemble that of a hot summer day, but evenings are cool. Therefore, it’s best to have appropriate clothing with you. It rains occasionally, but less than earlier in spring.

Summer: Summers are hot and dry. Daytime temperatures reach 30°C regularly and above that in July-August. While nighttime temperatures may drop to 20°C in June, they stay around 25°C later in summer.

Fall: It’s warm until late in fall. Even in October, daily highs are around 25°C. In November, daytime temperatures begin to drop to about 20°C, and to 10-15°C at night. It starts raining more frequently towards winter, and in October, it rains every three days on average.