Vilnius doesn’t need a signature attraction such as the Eiffel Tower, the Colosseum or La Rambla. Instead, the mysterious city charms with its personality and style. Its authentic streets vary block by block from rugged to the shine of renaissance. The narrow cobblestone streets of the Old Town are decorated with pastel-painted houses, concealing busy pubs and trendy wine bars.

The great versatility of Vilnius becomes evident outside the Old Town. Spend a day strolling along River Vilnia while enjoying urban art in the Republic of Užupis. Continue to Sereikiškės Park with fountains and colorful flowers. And end your walk by the River Neris with glossy high-rises on the opposing riverbank. 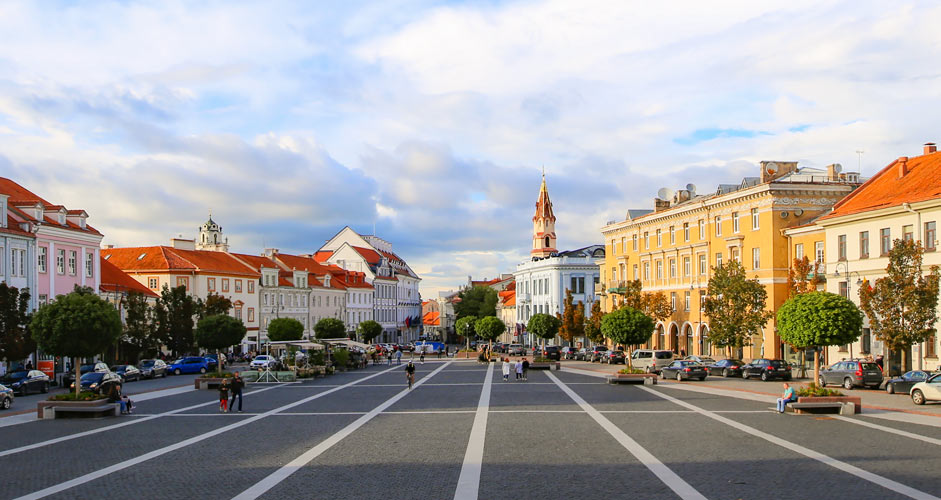 Where to stay in Vilnius

The heart of Vilnius, the Old Town, contains most attractions and the best selection of restaurants, bars and nightclubs. Unfortunately, hotel prices are higher in the Old town compared to other regions of the city. To conveniently explore the city, areas near the Old Town are also good neighborhoods for accommodation.

Naujamiestis, also known as the New Town, is a good alternative to the Old Town. The streets are quiet and safe, and quite often there are good hotel deals on offer. Public transport options as well as Bolt taxis will take you to the center for an affordable price, even if you’re staying farther away from the center.

Things to do in Vilnius 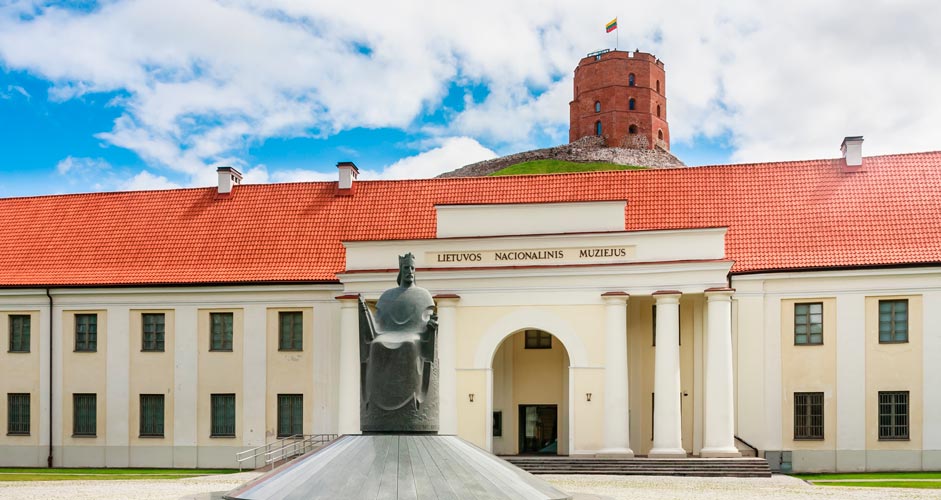 King Mindaugas on guard by the National Museum of Lithuania. The Gediminas' Tower stands tall in the background. Image: Nikolai Korzhov/stock.adobe.com.

Established in 1855, the National Museum of Lithuania is the oldest museum of the country. The museum is situated in a prestige location at the very heart of the city, at the foot of the Gediminas hill. The museum provides cross-cutting insight into local culture and customs. 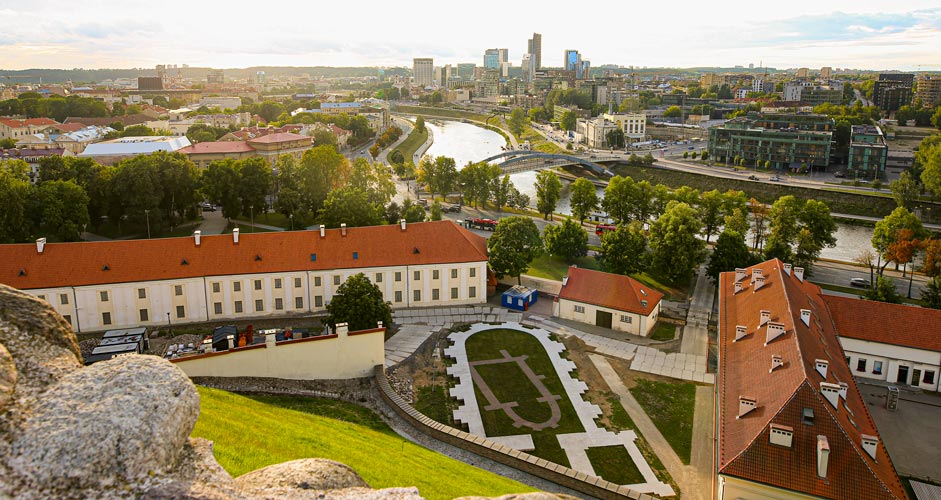 The views by the Gediminas' Tower

The landmark of Vilnius, Gediminas’ Tower, is standing tall on a hill bearing the same name. The wooden castle was ruined in a fire in the 14th century, only to be rebuilt in the 15th century. The brick tower that is still remaining today, houses a museum. It’s worth your while to visit at the top of the hill, even if you’re not planning to go inside the castle - the panoramic view over Vilnius is amazing. If climbing on foot isn’t your thing, there’s an inclined elevator lift at your disposal as well.

It may come as a surprise to many that Vilnius used to be called the Jerusalem of the north. This is due to the 700-year-long continuous growth of the Jewish community in Vilnius until the Second World War. At the end of the 18th century, the Jewish community accounted for 40 % of the population of Vilnius. As a consequence of the holocaust, the percentage was reduced significantly. Today, less than one percent are Jewish.

While the past is not widely evident when walking in the Jewish quarters, some indication is given by signposts on Žydų street, with the texts not only in Lithuanian but also in Hebrew.

There are several attractions to learn about the history of Jews in Vilnius as well as the era of the holocaust. 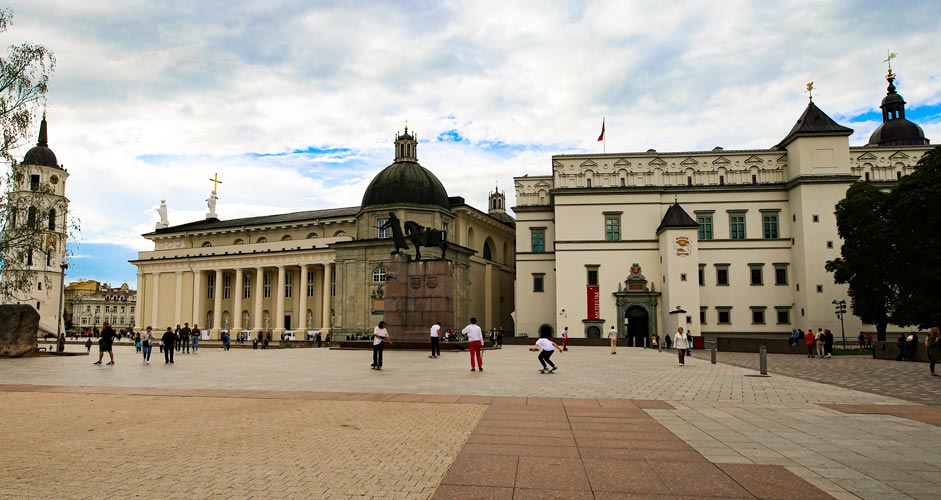 Most Lithuanians belong to the Catholic Church. The Vilnius Cathedral that was built during the 13th and 15th centuries, is the center of the Catholic spiritual life of Lithuanians.

While the beautiful frescos inside the church are worth a visit on their own, the building itself and the surrounding square emphasize the impressiveness of the attraction. Many historically important people, such as Vytautas the Great who was one of the first Lithuanian rulers, are buried in the crypts of the church. There’s free access to the church itself, but the crypts require an entrance fee with a guided tour included in the price.

Užupis, unofficially known as the Republic of Užupis, is situated near the Old Town. It is equivalent to the Freetown Christiania in Copenhagen. Užupis, which translates to “on the other side of the river”, used to be an infamous area of the homeless and prostitutes, who had occupied deserted houses of the Jewish victims of the Second World War.

The Užupis area, which was self-declared a republic by its habitants in 1997, has gradually transformed into a bohemian center of artists and liberal citizens. You should definitely include Užupis to your itinerary when traveling to Vilnius. Stroll around the streets, enjoy street art and stop by in one of the many art cafes. 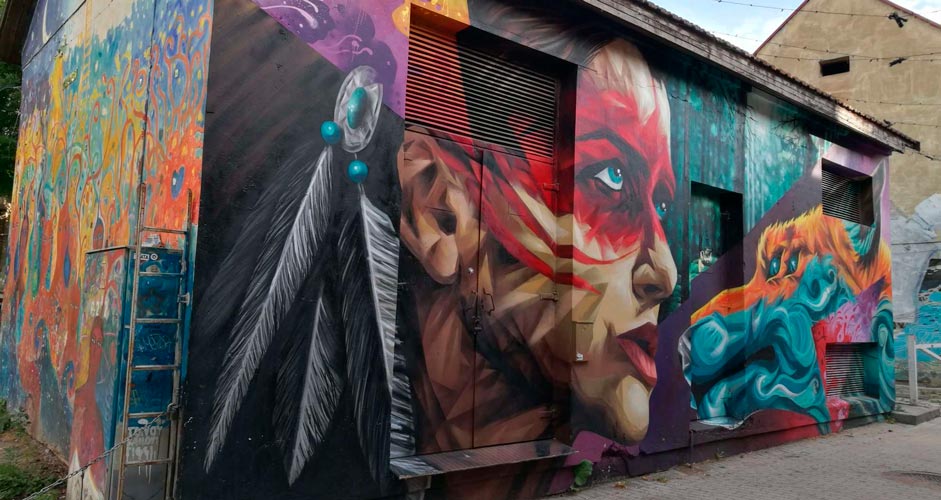 A stunning mural in the Užupis area. Image: Tuomas Hauhia.

Sunset at Hill of Three Crosses

Imagine a summer night. You’re sitting on a comfy blanket on top of a hill high above the Old Town, and the glowing sun is setting into the horizon. Sounds romantic, right? No wonder the locals and tourists come together on the Hill of Three Crosses, in Kalnai Park, to wait for a sunset. You can’t think of a more photogenic setting for a sunset in Vilnius!

The small village of Trakai is situated 30 kilometers away from Vilnius. The village is known for Trakai Castle, which together with Vilnius is one of the most recognized attractions of Lithuania. The Gothic castle, which was built in the 14th century, has been fully restored to its original glory. While the castle with the beautiful lakeside view is an attraction on its own, you should consider visiting the castle more closely. Inside the castle, interesting exhibitions with ancient weapons, clothing, ornaments and other items lead you firsthand to its history. 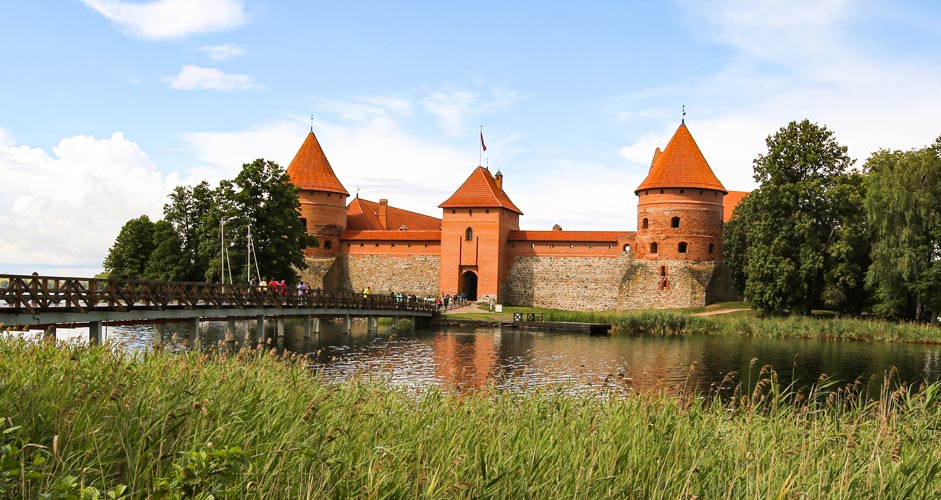 The beautiful Trakai Castle is surrounded by the Lake Galve

You should reserve several hours for visiting Trakai. Weather permitting, taking a rental pedal boat or a rowing boat is a nice way to spend a fine summer day. And while you’re at it, you can observe the castle from a different perspective via the lake Galve. There are plenty of restaurants by the lake and in the village to have lunch. Make sure you try the local Kibinai pies, which of course originate from Trakai.

Lithuania is first and foremost recognized for its beer culture, dating back a thousand years. Just like the whole Europe, Lithuania is experiencing a microbrewery boom. New bars serving microbrewery products emerge all the time.

Pubs worth a visit:

One Lithuanian specialty is berry wine, which is produced from a variety of berries. Berry wines are typically sweeter than grape wines, but there are dry, semi-sweet or sweet variations to suit everyone’s taste. Most restaurants and bars serve local berry wines.

Especially the alleys of the Old Town contain plenty of idyllic wine bars, perfect for tasting berry wines. Monastery-like bar cellar La Boheme is an excellent choice for the purpose.

The most delicious cocktails of the city are served by the lounge-like drink bar Distilerija. What’s more, you can combine cocktails with tasty meals.

The restaurant services of Vilnius are of high quality, with international cuisines, vegan options and fine dining well represented. White Guide has rated several restaurants in Vilnius as masters level establishments, and their recommendations are rarely disappointing. White Guide 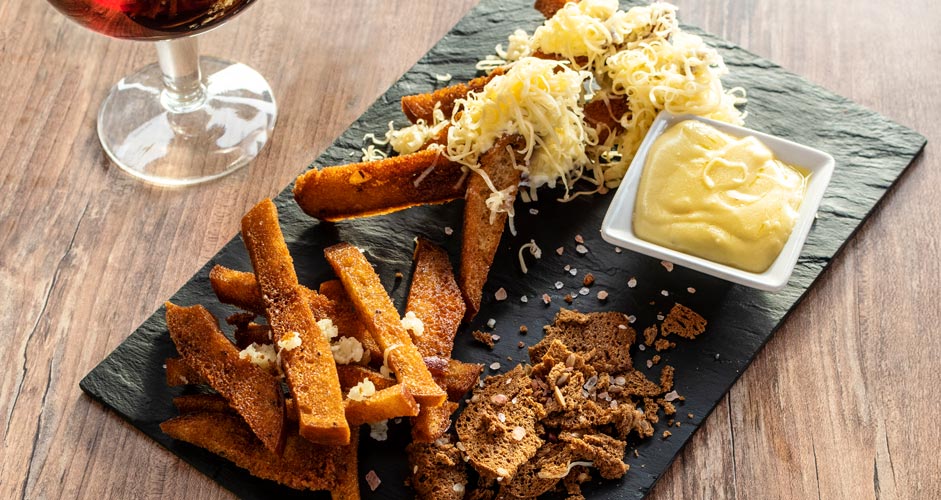 Portions are typically large and hefty, and you should start with one-course meals if you’re used to small portions. The main ingredients are potatoes, root vegetables and pork.

The main street of Vilnius, Gediminas Prospekt, contains shops for every need. Typical clothing brands, such as Zara, mango etc. are available. The long street also contains stores for books, cosmetics, souvenirs and much more.

The largest shopping center, Akropolis, is situated 6 kilometers away from the Old Town. This massive shopping center contains all its stores under the same roof, and while you’re at it, you might as well have lunch by the indoor ice rink - inside Akropolis.

Prices are on the rise in Lithuania, but regarding general travel costs such as accommodation, food and drinks, prices are among the lowest of the European Union.

Below, there are examples of restaurant and hotel prices in Vilnius. Hotel room prices refer to the median prices at Booking.com.

From Vilnius airport to the center

The mere 5-kilometer distance from the airport to the center of Vilnius doesn’t take long. In addition to taxis, there are trains and buses available to get to the center. The cost with public transport is about a euro.

Busses are more convenient than trains, as the departing stops are situated right in front of the terminal, and they have a more comprehensive network of stops in the city. Bus route planner.

The train station of the airport is situated some 200 meters from the terminal building, with a covered and well-instructed walkway to get there. The trains travel to Vilnius railway station. Train schedules.

A Bolt taxi ride from the airport to the Old Town costs some 5 euros.

When to travel to Vilnius

The ideal time to travel to Vilnius is between late spring and the end of June, when also the weather is at its best in Vilnius.

Summer: Summer months are the best time to travel to Vilnius. Average temperatures are about 16-18 °C, but daytime temperatures may peak to 30 °C.

Fall: In September, the weather gets cooler, and daily highs drop to below 20 °C. Fall is the rainiest time of the year in Vilnius. In October and November, temperatures drop close to 0 °C again.