Tampere Where to stay Things to do Prices Arrival Weather

Tampere is situated in the southwestern region of Finnish Lakeland, some 200 kilometers north of Helsinki. Tampere, with strong working-class roots, became an important industrial town in the 19th Century. The nicknames of the city, Mansesteri or Manse, originate from its resemblance to Manchester in England, with its tall factory pipes ruling the skyline.

The red brick buildings and the old factories are still an essential part of the city center. However, most of them have been converted into exhibition venues, cinemas, restaurants, cafes and museums, creating a new image for the city. 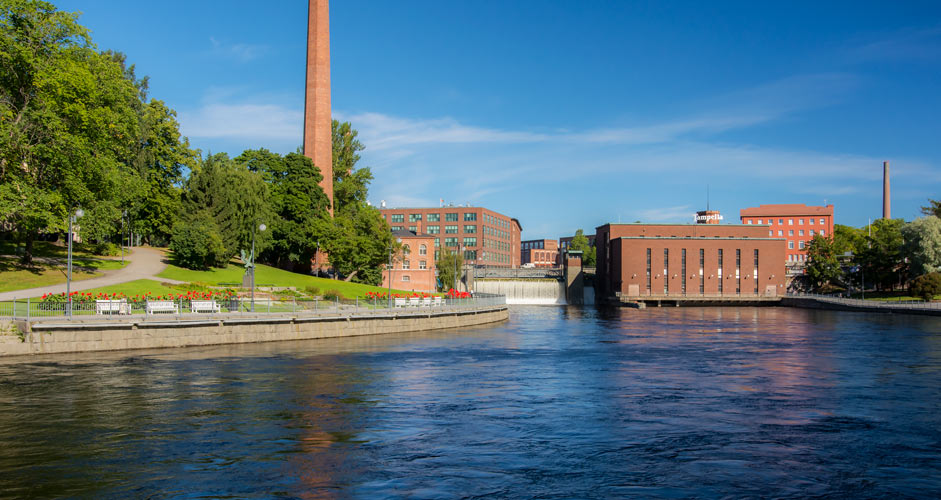 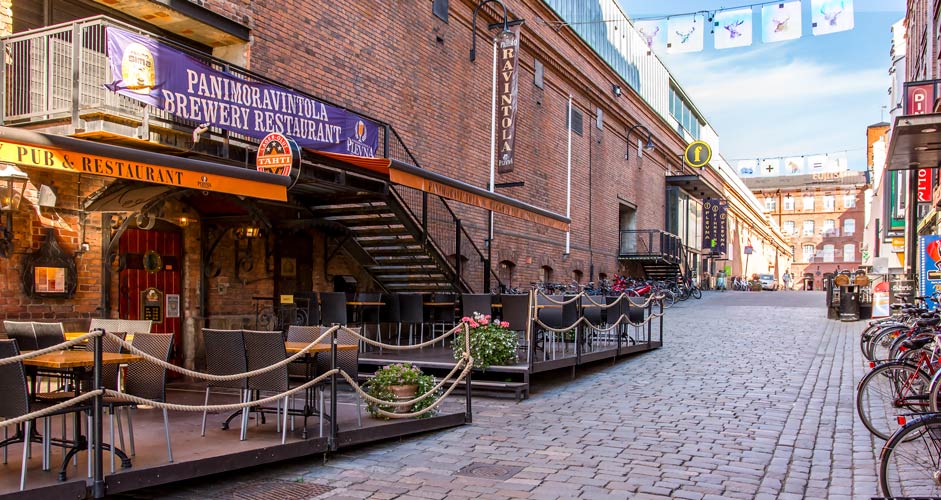 Where to stay in Tampere

The city center is concentrated on both sides of the main street Hämeenkatu. The best selection of restaurants and bars, as well as the key places to visit can be found on that area.

The city center is compact, and you don’t have to worry about using public transport, if you’re staying in the center.

Things to do in Tampere 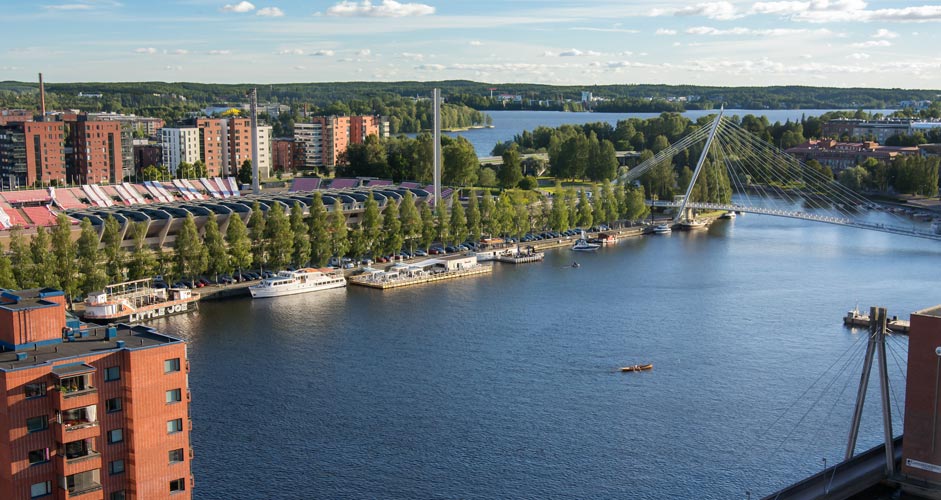 Southern Tampere is surrounded by Lake Pyhäjärvi. A fun way to spend a day in Tampere is to take a lake cruise to one of the many destinations near Tampere, such as the summer island Viikinsaari, located only 20 minutes from Tampere city center. Another good choice is to take a longer cruise all the way to Hämeenlinna, famous for the medieval Häme Castle. You can choose between a modern cruise boat and a nostalgic steam ship. The cruises depart from Laukontori in central Tampere.
Cruise Line Hopealinja
Website: hopealinjat.fi

The Särkänniemi amusement park is located just outside the city center. There’s also an aquarium, a planetarium and a 134,5-meter-high observation tower, which is the tallest building in Finland. The theme park is a big rival to the Linnanmäki amusement park in Helsinki. Särkänniemi offers plenty of furious rides even for the biggest thrill seekers. The main attraction is the roller coaster Hype, reaching up to 100 km/h in speed and 45 meters in height.
Website: sarkanniemi.fi

The museum cluster Vapriikki is located in the premises of an old workshop in Tampella neighborhood in central Tampere. There’s a common theme to all museums of Vapriikki: Tampere and Tampere region (Pirkanmaa). With a single entrance ticket, you get access to Postal Museum, Ice Hockey Hall of Fame, Dolls museum, Games museum, Media museum and Mineral museum. There are also lots of interesting permanent and temporary exhibitions. Vapriikki offers very good value for money!
Website: vapriikki.fi
How to get there: The museum is located in central Tampere, and probably the easiest way to get there is on foot. Otherwise please check the Tampere journey planner.

The building was designed in national romantic style by Lars Sonck between 1902-1907. The cathedral is famous for the frescoes painted by a famous Finnish painter, Hugo Simberg.
Address: Tuomiokirkonkatu 3 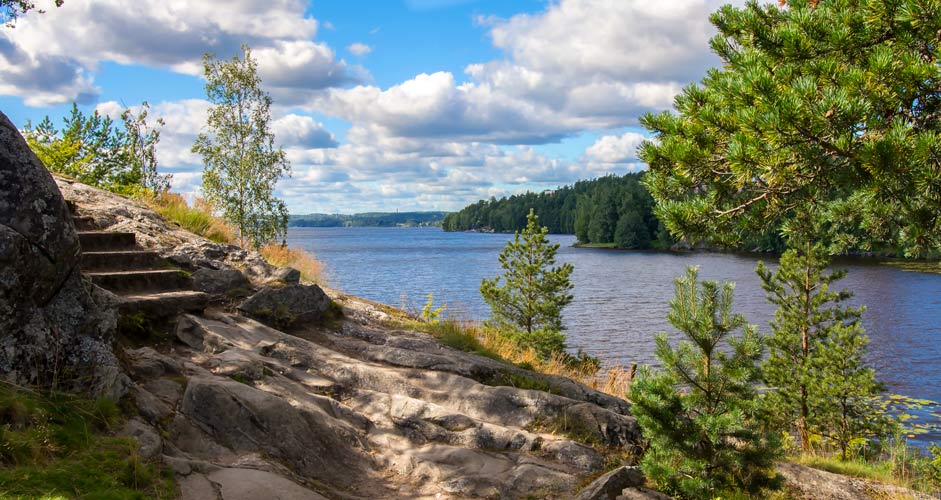 The beautiful Pyynikki hill is located approximately 2 kilometers to the west of the railway station. There’s a sandy beach at the lake in the area. 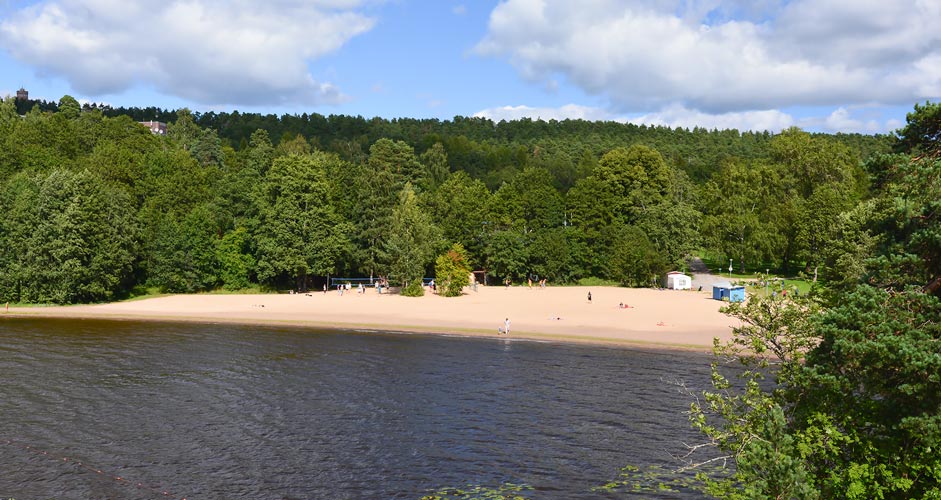 The Pyynikki Observation Tower is the tallest spot of Pyynikki, offering great views around Tampere. You can stop for a cup of coffee and a snack at the cafe of the observation deck.

Mustamakkara is an original food from Tampere, which the locals are proud of. Mustamakkara, translated as Black Sausage, is a blood sausage, traditionally served with lingonberry jam. You’ll find it in all market squares in Tampere and from the Market Hall.

The prices of restaurant and hotel services in Finland are above the average in the European Union. The hotel prices in Tampere are steady throughout the year.

Below, there are some examples of restaurant and hotel prices in Tampere. Costs of hotel rooms refer to median prices at Booking.com.

How to get there

By train: Take a local train from Helsinki airport to Tikkurila station and change trains there. You can buy the ticket from a VR ticket machine at the train station of Helsinki-Vantaa airport. The train station is situated between the flight terminals T1 and T2. The journey takes 1,5-2,5 hours, depending of the train type, and it costs around 15-21 euros. You can also book tickets in advance at vr.fi.

By bus: There are direct coaches from Helsinki-Vantaa airport to Tampere bus station. The coach picks up passengers from Terminal 1 and Terminal 2. The prices fluctuate according to demand. You can check the prices and book in advance at matkahuolto.fi.

By bus: The bus number 1A runs between the airport and the railway station. You can buy tickets from the driver. The ticket price is around 3 euros. You can use the Tampere journey planner to check the timetables. The journey time is 40 minutes. Alternatively, there is a Ryanair coach leaving after the arrival of Ryanair flights. The journey time of the bus is 30 minutes, and the ticket costs 6 euros.
Timetables: tokee.fi. 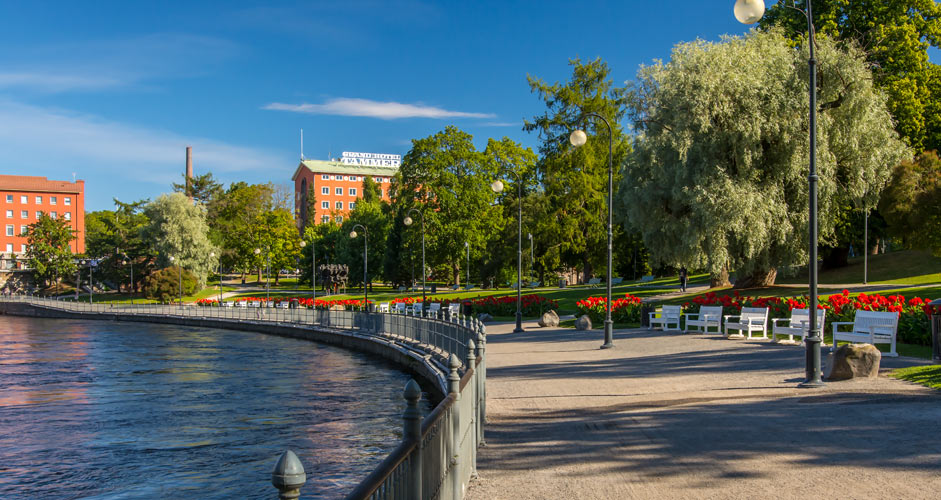 Winter: The winter months are cold in Tampere. Temperatures in December vary on both sides of 0°C. December is often slushy and rainy. January and February are drier months and there’s snow more frequently. There is often permanent snow on the ground, but it's not guaranteed. The temperatures tend to stay below 0°C, but can drop to -20°C and below, so it's better to observe the weather forecast.

Spring: March can still be snowy, with temperatures close to 0°C. In April, there’s more frequent sunshine, and the snow starts to melt due to rising temperatures. May is still mild with daily high temperatures around 10-15 °C .

Autumn: It rains frequently in September, and daily temperatures drop to 10-15 °C. In October, temperatures may drop to 0°C, and it may snow occasionally. November and October are a part of the slush season, with a lot of rain and occasional snow. Temperatures are close to 0°C during the daytime.