The port city of Matosinhos is located between Porto Airport and the city of Porto. The otherwise dullish view of residential flats is given a refreshing twist by the city’s spacious beach with white, fine sand.

As a bustling port city, Matosinhos has always fresh fish available, which attracts visitors even from Porto. The restaurant street by the harbor will surely provide something for every taste and budget.

Matosinhos is a well-suited destination for day trips as well as beach holidays of a couple days, combined with a city break in Porto. 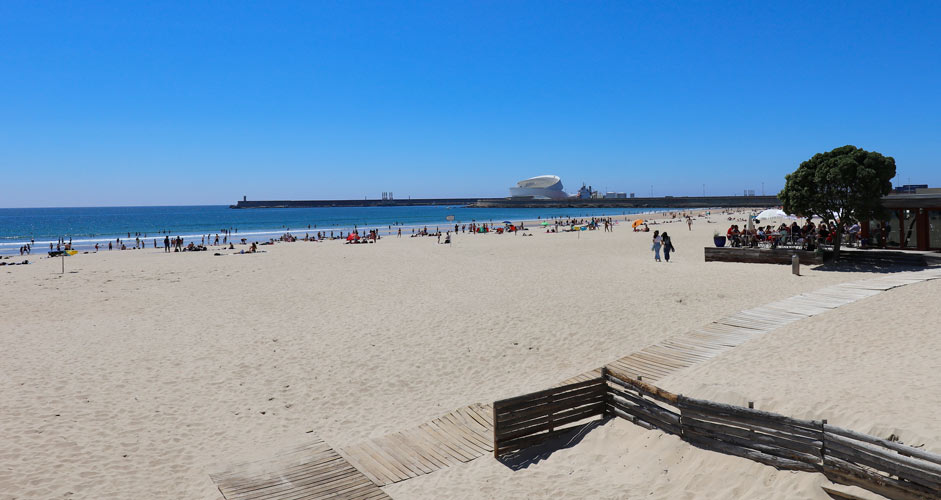 The city center is situated around the metro stations of Brito Capelo and Matosinhos Sul. Elsewhere, there are clearly fewer shops and restaurants. Obviously, the closer to the beach, the better the area for accommodation. The entire center is spread over a level ground.

Things to do in Matosinhos 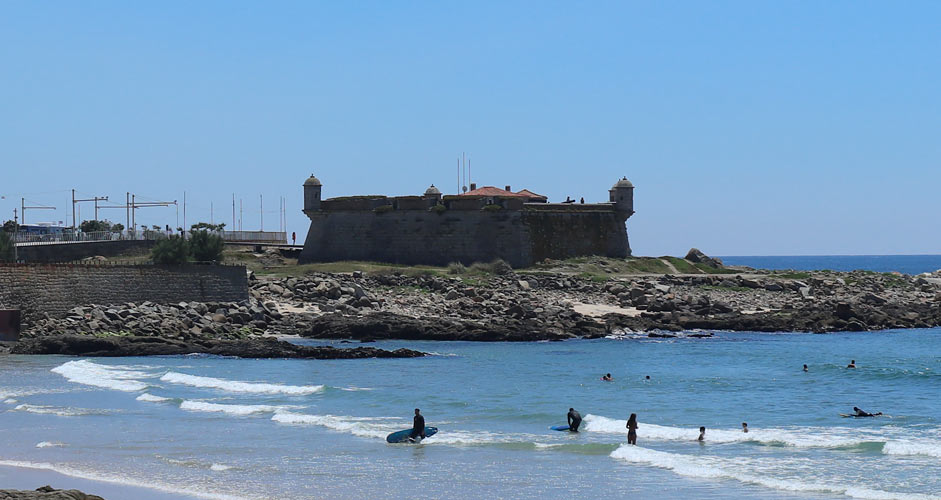 Castelo do Queijo is located at the southern end of the beach. To access the fort and the walls, a small entrance fee is charged.

There’s a slightly larger fort on the other side of the harbor and the river, in Leça da Palmeira, but it is not open to the public. 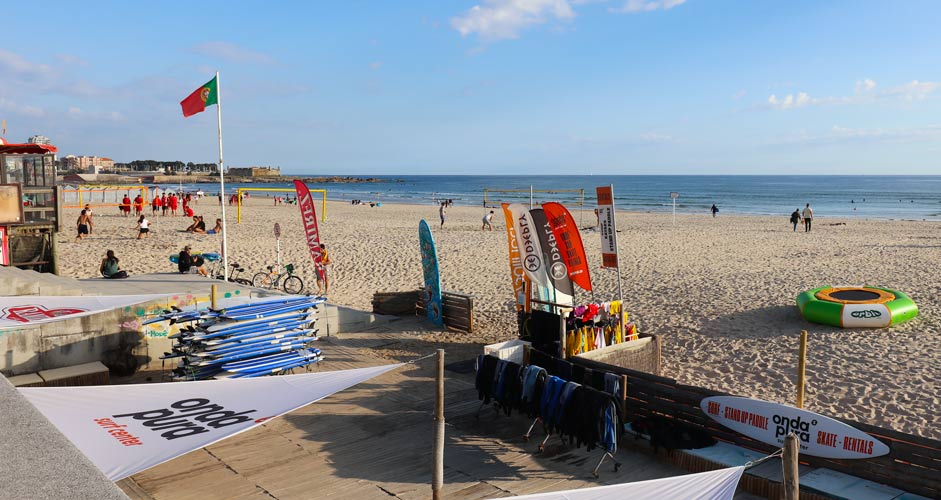 Matosinhos is the center of surfing in the Porto area, since compared to, for instance, Porto, there are far fewer rocks in the water. Although it's often windy by the Atlantic, Matosinhos is nonetheless classified as a suitable beach for beginners.

There are several surfboard rental shops and surfing schools by the beach. If you prefer slower activities, SUP boarding, among others, are also available. 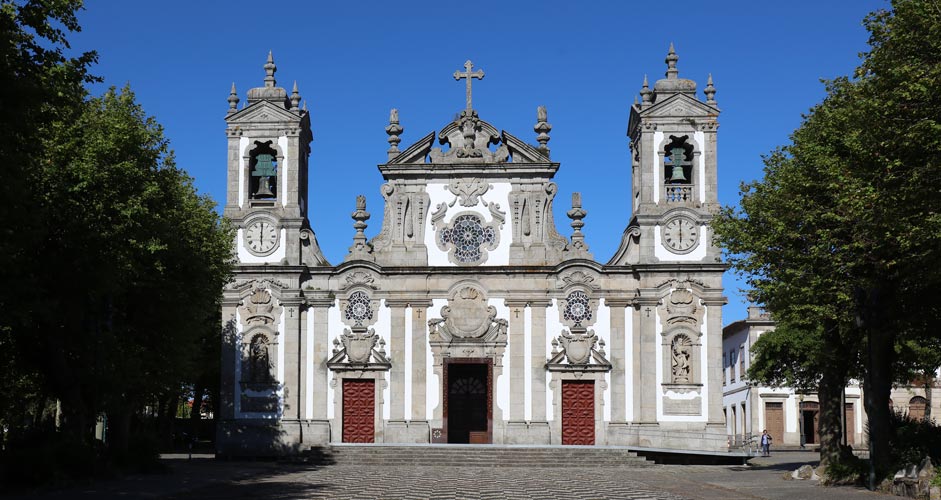 The Aquarium of Porto, Sea Life, is located at the southern end of the Matosinho Beach, next to the roundabout by the fortress.

The seafront district of Porto, Foz do Douro, is situated much closer to Matosinhos than the center of Porto. It only takes a bit more than half an hour from the Castelo do Queijo fortress to the Douro River by foot. Along the way, you can enjoy beach restaurants, the Foz do Douro district as well as great views out to the sea and beaches. 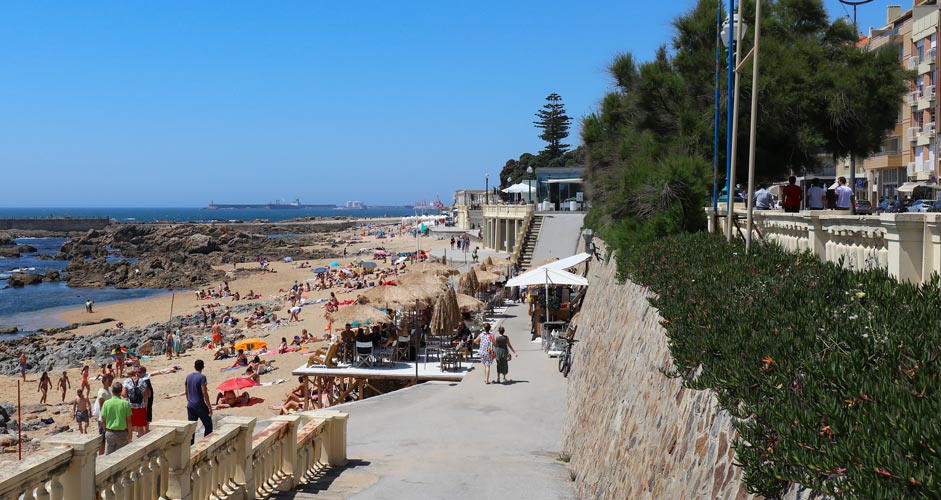 The Foz do Douro beach. 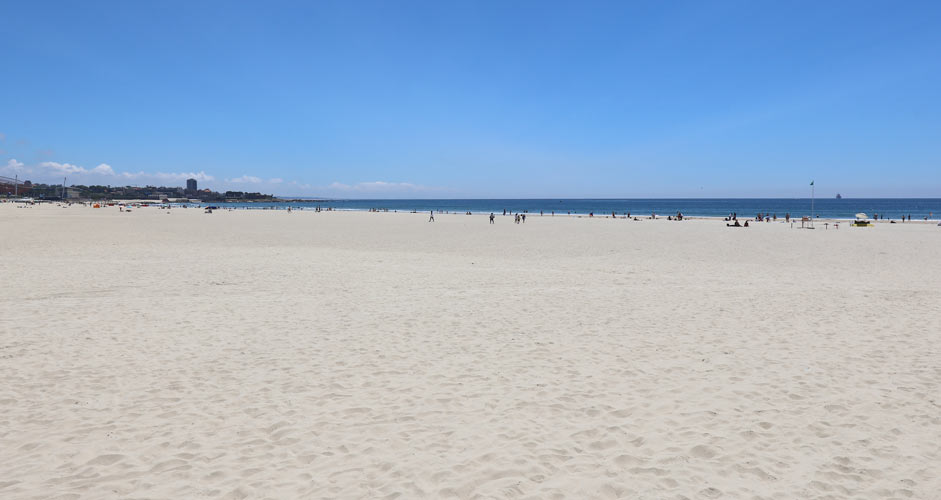 There is plenty of free space on the beach even at the end of June.

The spacious beach of Matosinhos is situated directly in front of the center. This white, fine-sand beach is therefore close to all services, with a couple of restaurants right at the beach.

Due to the adjacent harbor, the water is not of the finest quality, but well suited for swimming, nonetheless. Moreover, the water temperature of the Atlantic in northern Portugal remains under 20 °C even in summer, and as such Matosinhos may not be an ideal holiday destination for swimming enthusiasts. Instead, the beach is at its best for just lying down and surfing. 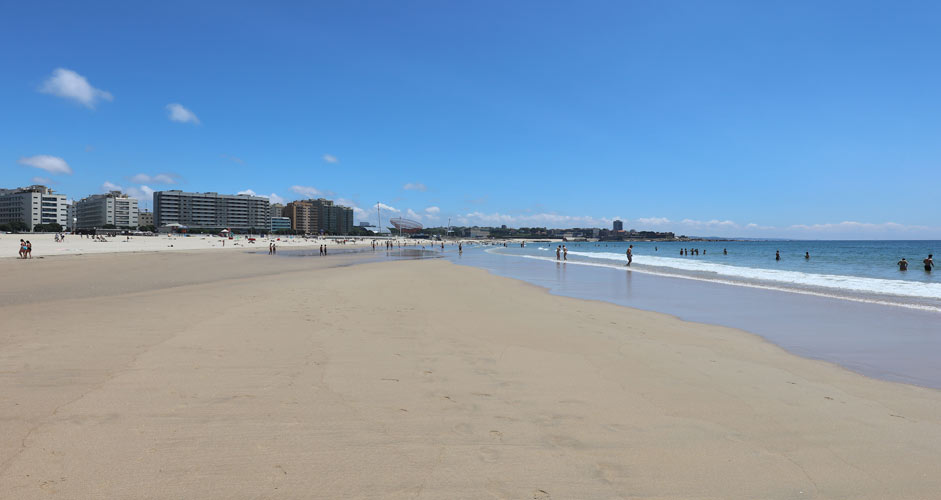 The shoreline is strongly shifted by the tide. 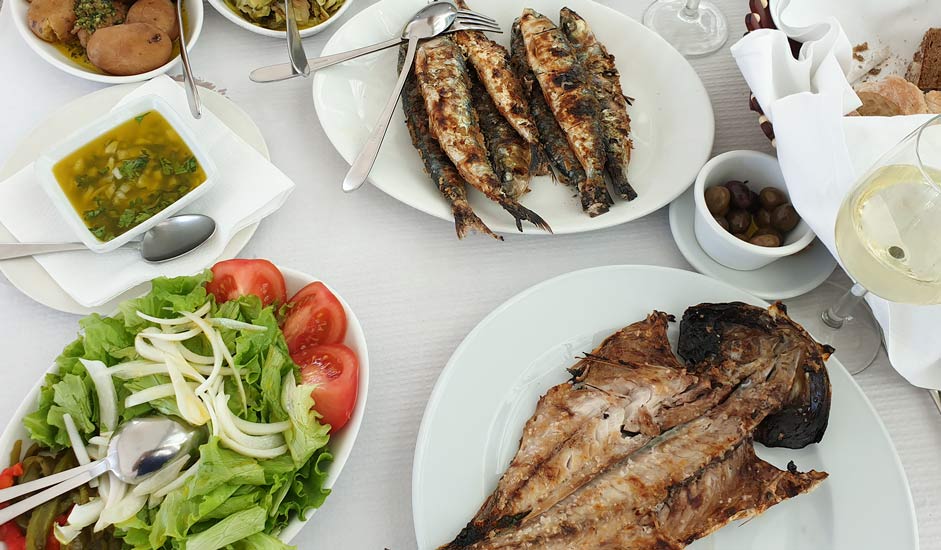 Matosinhos is known for its fish dishes. Next to the harbor, there's a fish market every morning, where fishermen unload their catch. With that, every restaurant in the city is guaranteed to have fresh ingredients daily.

There are good restaurants here and there around the center of Matosinhos, but on the street of Heróis de França, behind the harbor, they are in abundance. In summer, the restaurants of the street use charcoal grills side by side to prepare their meat and fish dishes. The aromas alone make it worth your while to stroll through the street, even if you're not planning on eating.

There are dishes for all budgets to be found. For example, salmon dishes are expensive by Portuguese standards (over 20 euros). On the other hand, tasty portions of mackerel and sardines with side dishes (pictured above) only cost some 10 euros. 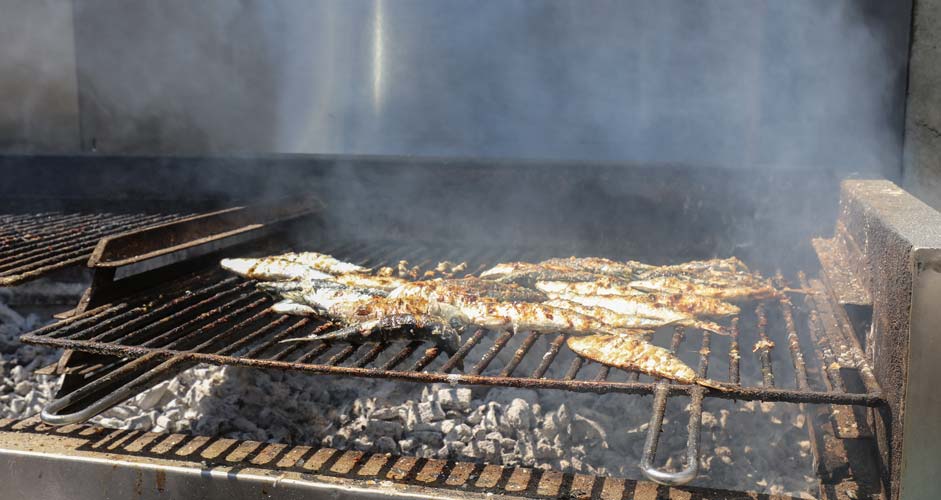 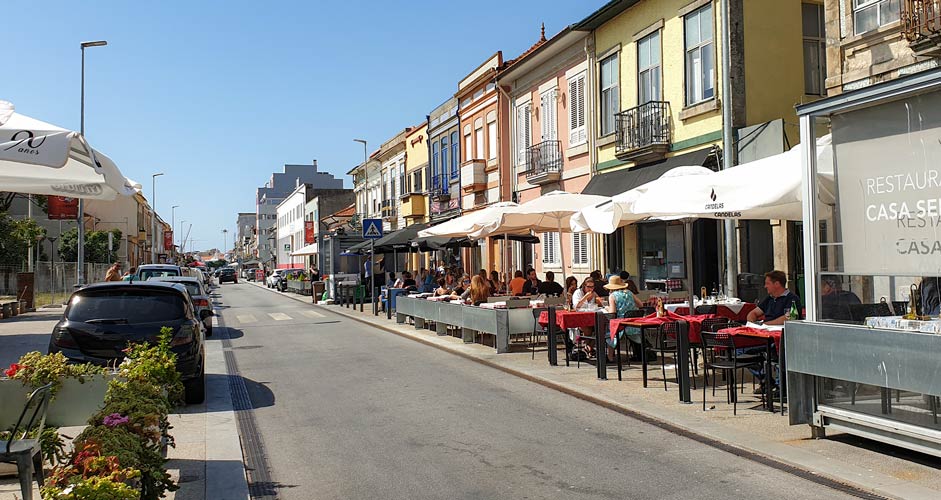 Although there are some shopping locations to be found in the city center, it is by no means a shopper’s paradise.

In NorteShopping, the largest shopping center in the Porto area, there's a versatile selection of shops. It can be reached by the Porto metro line (the only one operating from Matosinhos), with the exit at the Sete Bicas station. The journey takes about 15-20 minutes, and NorteShopping is situated some 400-500 meters away from the station on foot.

Porto is an excellent shopping city. If you continue another 15 minutes by metro from Sete Bicas to the Bolhão station, you'll end up at the main shopping street of Porto, Rua de Santa Catarina.

Vila do Conde Fashion Outlet is situated along the metro line B behind the airport (link).

The Matosinhos Market Hall is situated next to the Mercado metro station, near the bridge to Leça da Palmeira.

From the airport to Matosinhos

Matosinhos is situated ten kilometers away from Porto International Airport. Metro is an easy travel option:

The metro map can be found here. 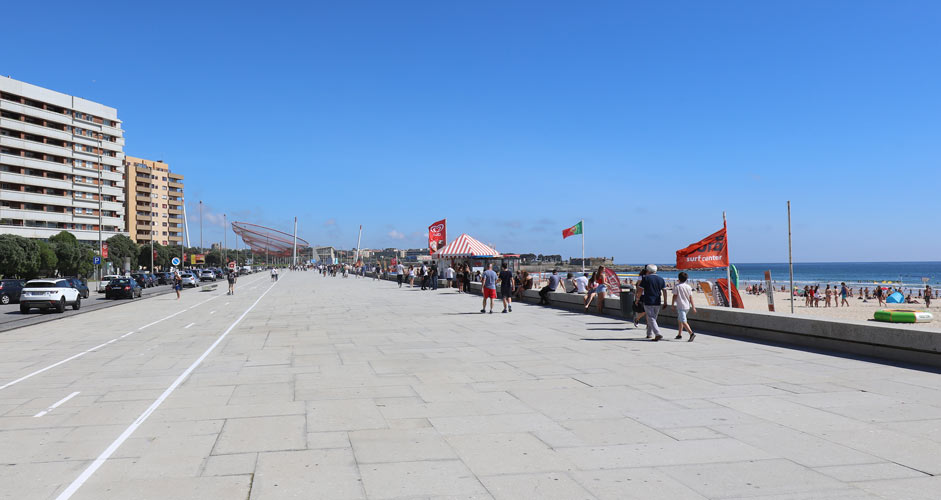 A pedestrian street behind the beach.

Evenings may be cool with temperatures often below 20 °C even in midsummer, so appropriate clothing may come in handy.

From autumn to spring, the weather is mild and rainy.

All destinations in Portugal