The best photo spots in Prague are mostly centered around Charles Bridge, Prague Castle and the Vltava river, all within a short distance from each other. Overall, Prague is a fairly compact city with little reason to use public transport, and most of the main attractions can be found within three kilometers of each other. 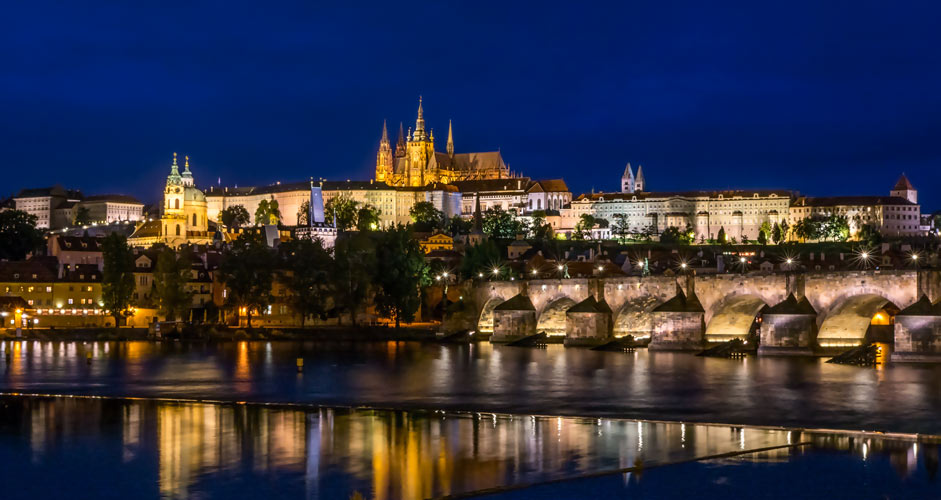 Smetanovo nábřeží is a street east of the Vltava river and southeast of Charles Bridge. It offers great views of Prague castle and the bridge. The sidewalk is long and wide, and there are always photographers on summer evenings capturing probably the most iconic view of Prague.

Since the view can be captured from different angles, there is enough space for everyone – depending on how much of the buildings one wants to include in the picture. The buildings are visible in the main picture of the Prague travel guide.

Sun sets behind the castle in summer.

On the opposite side of the river is the departure point for river cruise ships, which can cause problems with long-exposed pictures. So, you often need to wait before the view is free of slowly moving boats. 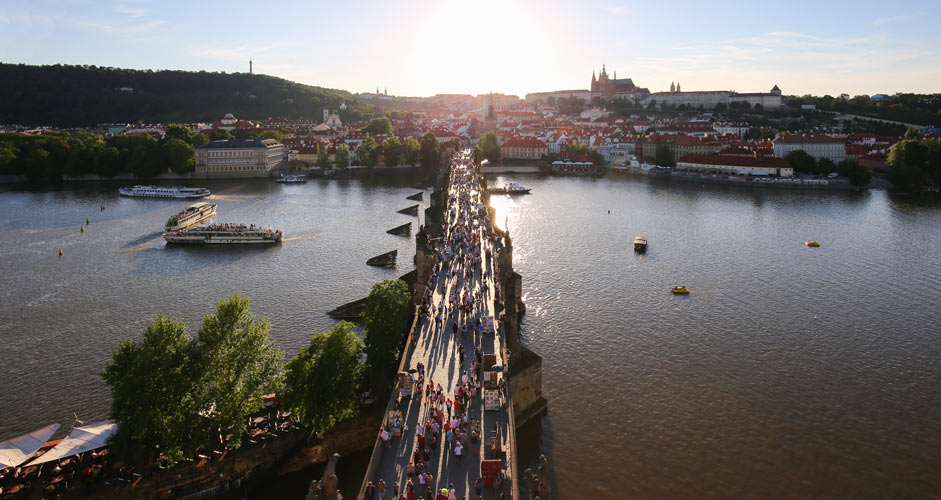 There are towers at both ends of Charles Bridge, both of which can be accessed for an entrance fee. The towers are great spots for taking pictures in every direction.

The tower on the castle side is a little further from the river. From there, you can get good cityscape views and of course take pictures closer to the castle.

However, the Old Town Bridge Tower offers a finer view of the castle, the bridge and the river. The image above was taken in the evening sun. In the morning, the sun would shine more from the side or from behind. 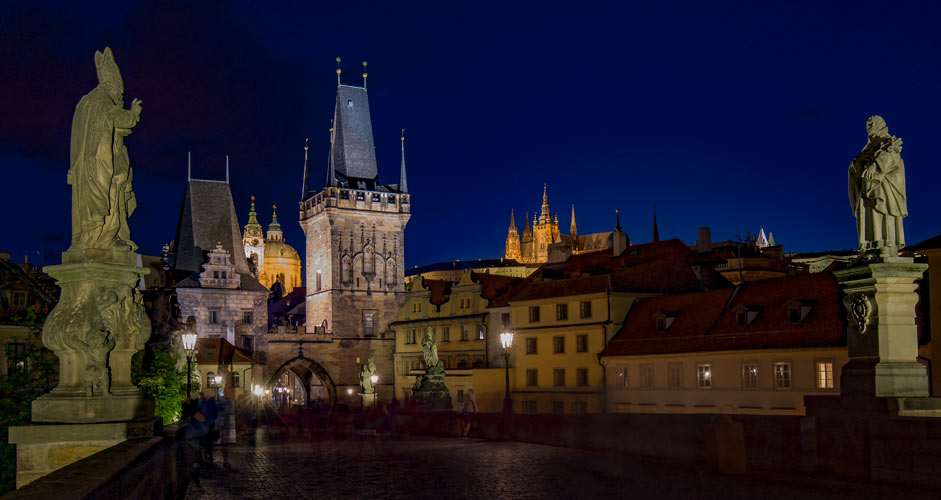 On Charles Bridge, at least in summer, it's almost impossible to take pictures during the day due to the crowds. Definitely the most popular photo spot in Prague for selfies is in the front of the most famous statues. Instead, great pictures can be taken at sunrise, when the bridge is almost empty, or in the evening after dark with long exposure.

The upper picture was taken in the evening with a 30 second shutter speed, so only standing people can be seen in the picture. The lower image was taken just before sunrise. 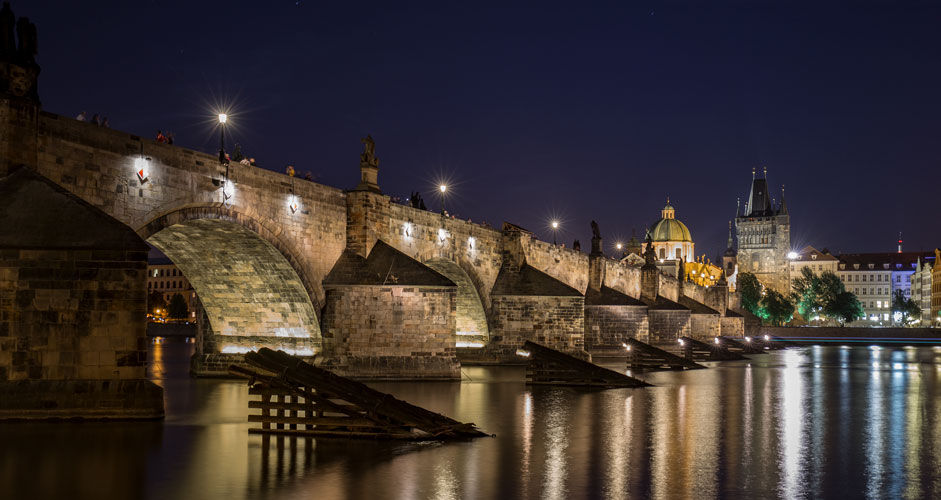 The location is the riverbank on the west side of the Vltava River, where you can get good evening views of the bridge. The logs in the picture are icebreakers. 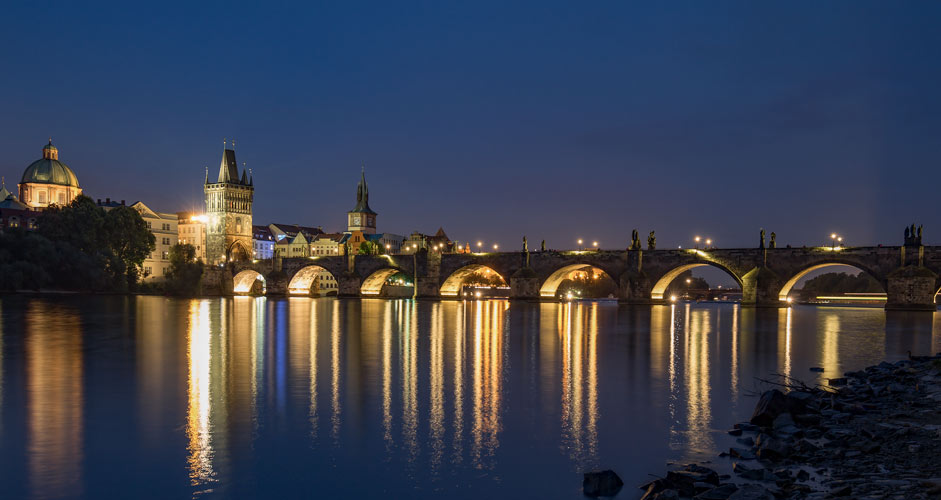 You will have to walk along U Lužického semináře to go around the buildings between Charles Bridge and this place, but otherwise the location is easy to find. During the day, there are often swans swimming in the river. 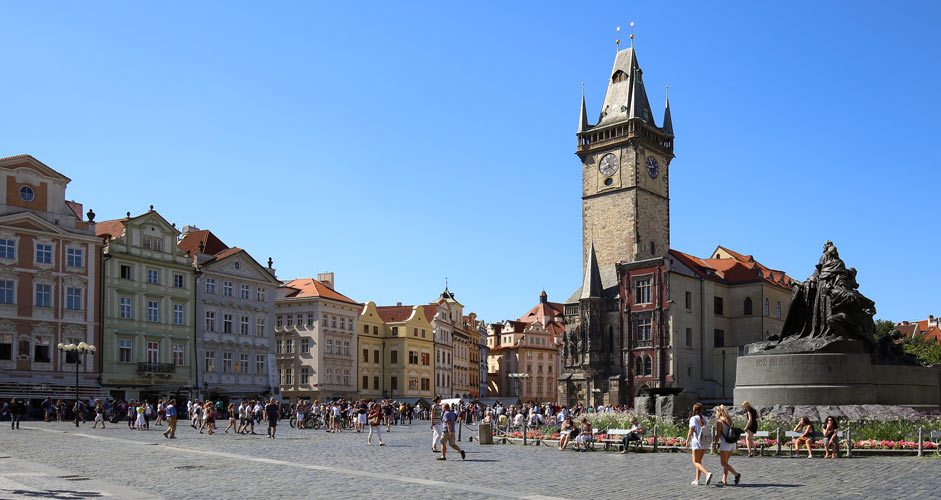 There are several good photo spots at the Old Town Square. In the picture above, there's the 14th century town hall and its tower in the background.

There is also the famous astronomical clock on the outer wall of the town hall, which, however, is behind the corner in this picture. It is also one of the most popular photography spots for selfies in Prague. 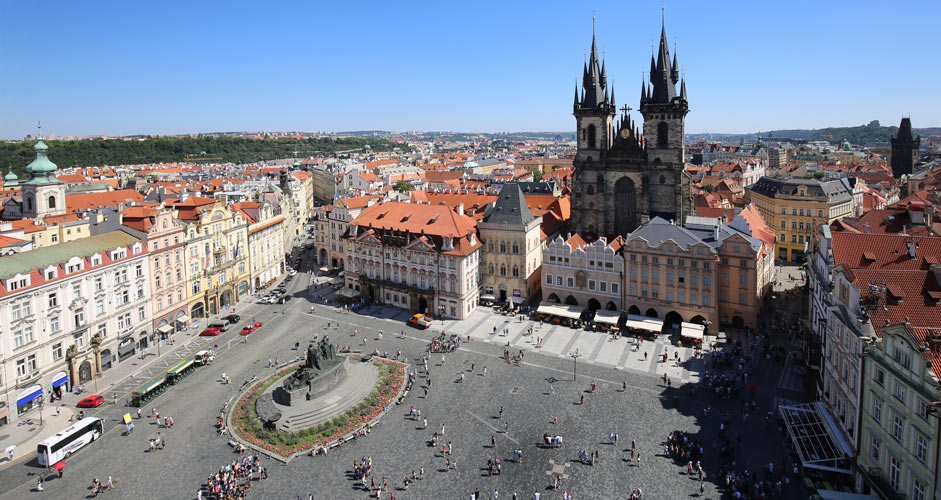 At the top of the town hall tower, you can take pictures in every direction through the spaces between protective bars.

Letna Park is an extensive park north of the city center and the Vltava River. On the southwest side of the park, right next to the city center, in the vicinity of the Hanavský pavilion, there are a couple of viewpoints with great views of the most centrally located bridges. 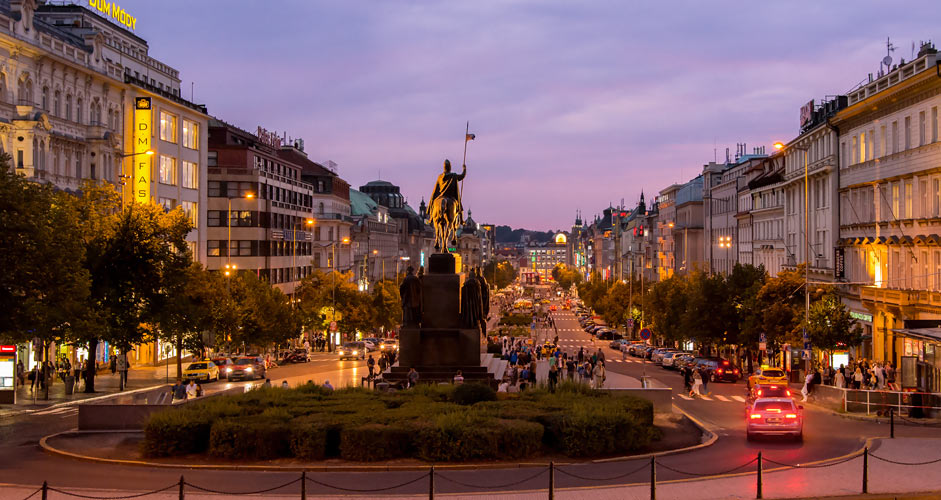 Wenceslas Square (Václavské náměstí) is a wide street that descends towards the river and the Old Town. It can be photographed best from the steps of the National Museum at the top of the street. 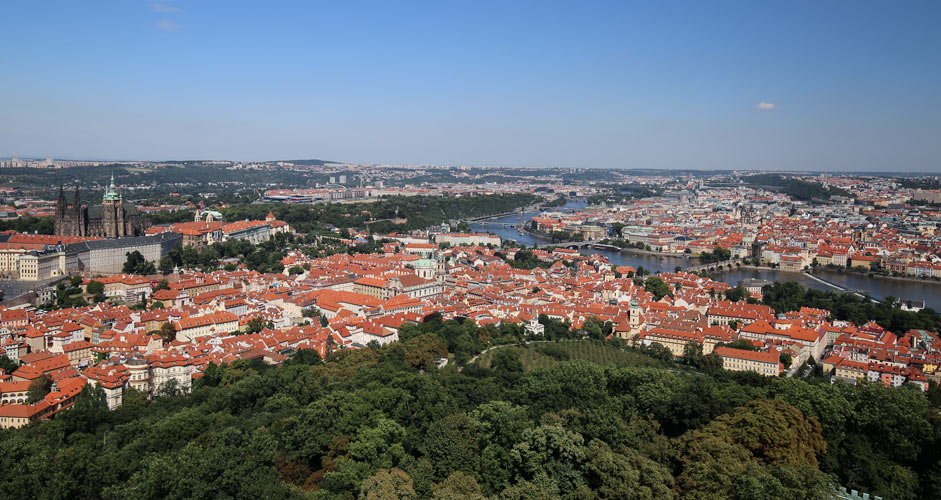 Petrin Hill is a wooded outdoor area west of the city center and the river. The main attraction of the hill is a tall iron tower, Petrin Tower, somewhat resembling the Eiffel Tower in Paris. The top or middle level of the tower can be climbed along a spiral staircase for an entrance fee. The top of the tower is the best photo spot in Prague for capturing the whole city in one shot.

Drinks and food can be found on the ground level. The tower itself can be reached from the center (the Malá Strana side) by a funicular. The starting point of the funicular is 50.0826, 14.40382 / U Lanové dráhy 412.